A few days ago I tried to get the oil dipstick into place between the 2nd and 3rd cylinder inlets, it would be the 2nd hole in the inlet manifold going front to back, right next to the manifold pressure sensor. Based on other blog posts it should fit, however, my bracket was slightly longer and did not fit in the middle hole. From Mark he measured his at 2 5/8″, mine was just a tad over 3″, which explains why it doesn’t fit in that middle hole with the sensor in place. I emailed Derek at Caterham and he provided some great pictures of how the dipstick should fit, measure, and such. Here’s Derek’s info with my commentary: 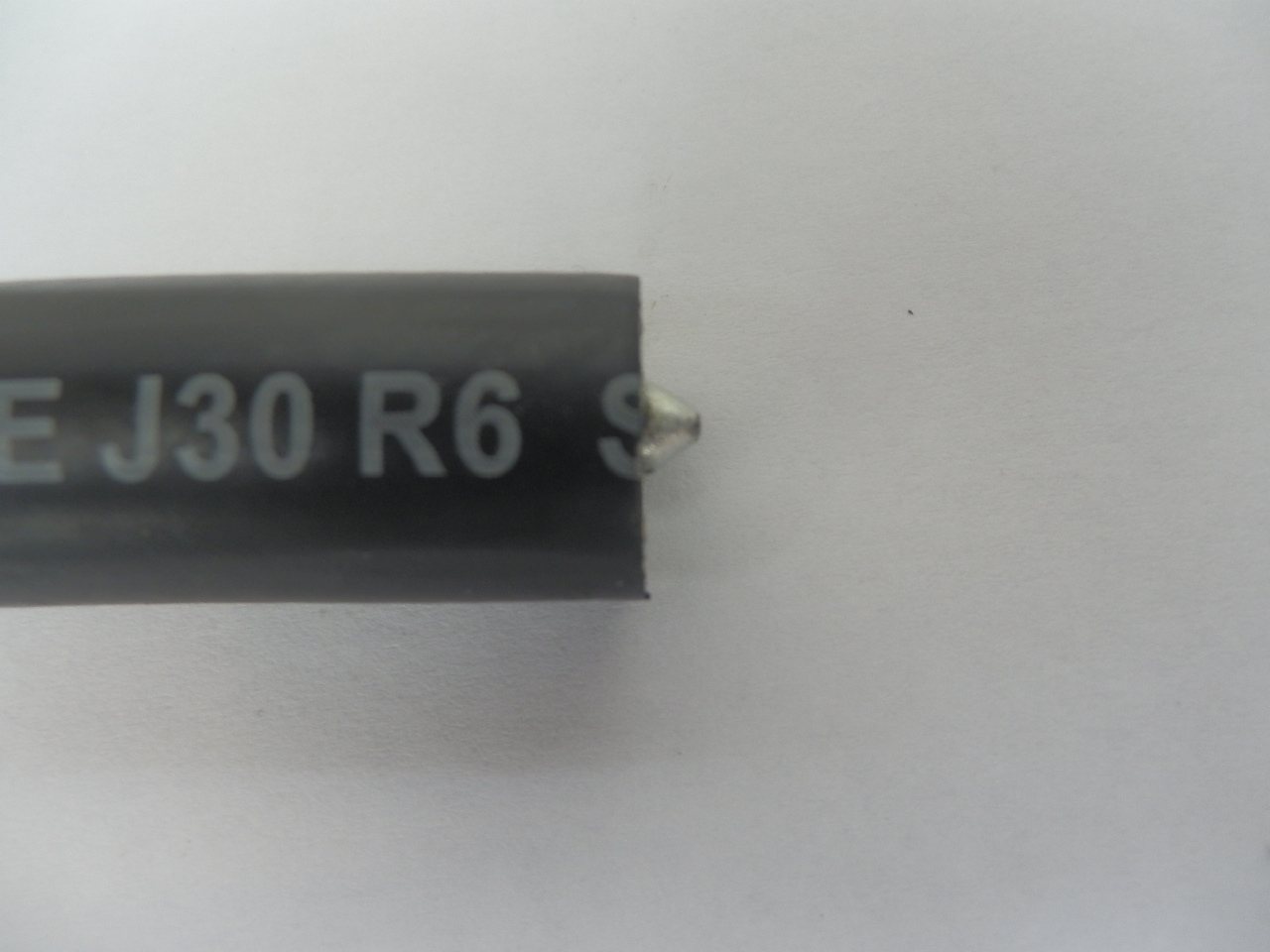 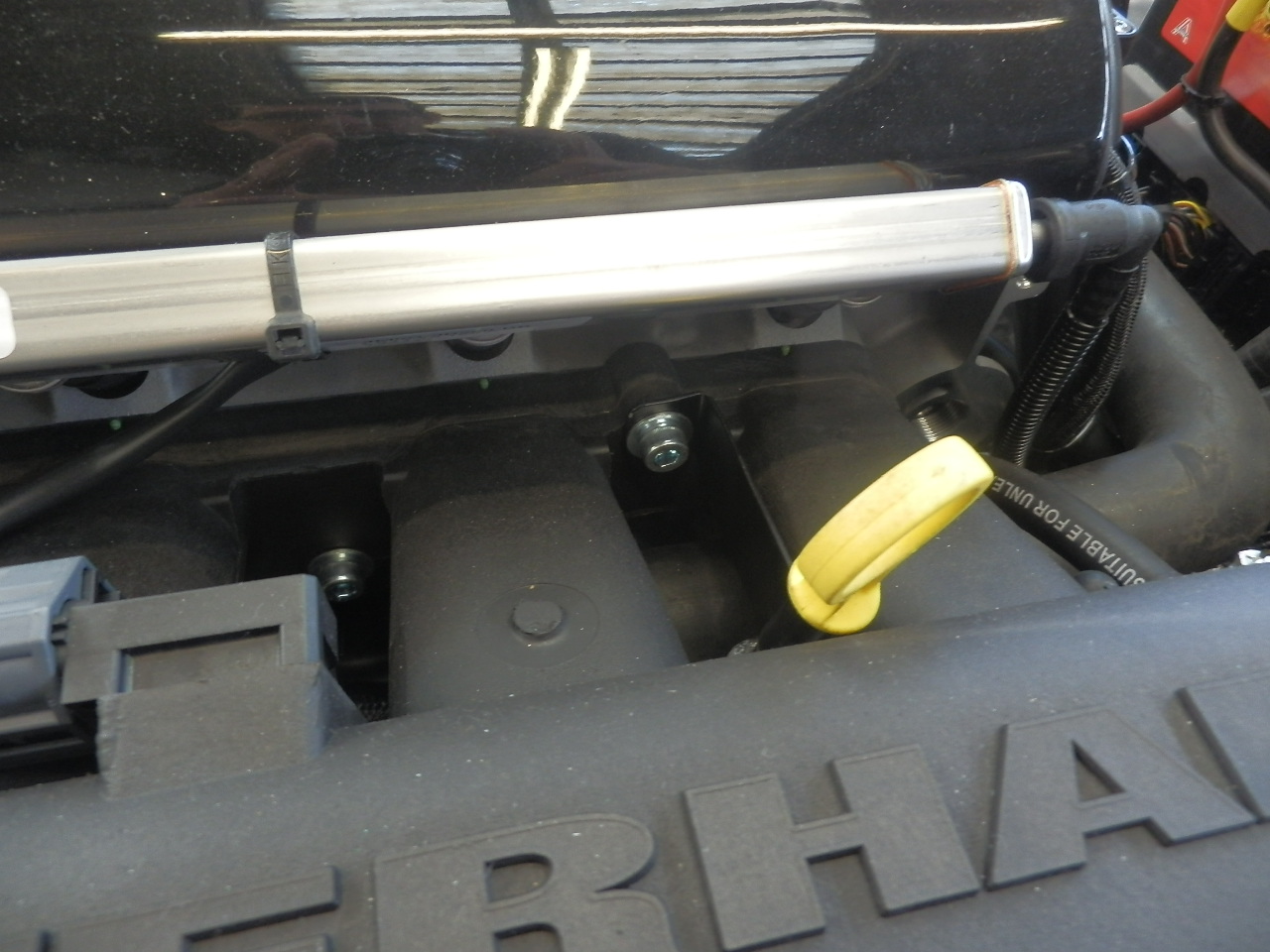 I started the day by re-routing some of the wiring on the back of the engine. Below is a detailed picture – things are much cleaner now. I wish I had started with a picture of what needed to route over what when starting the build, but all-in-all not a huge deal. 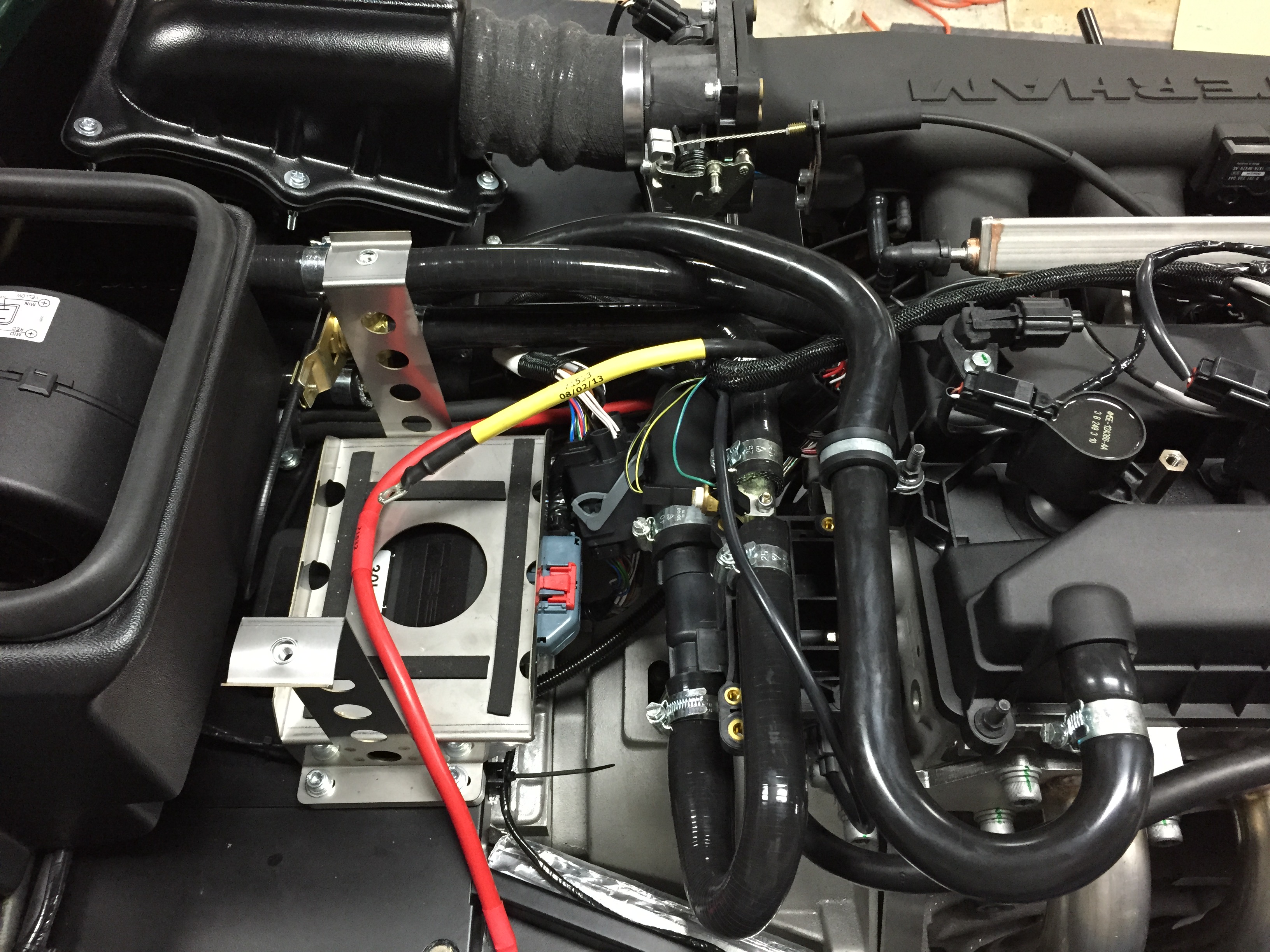 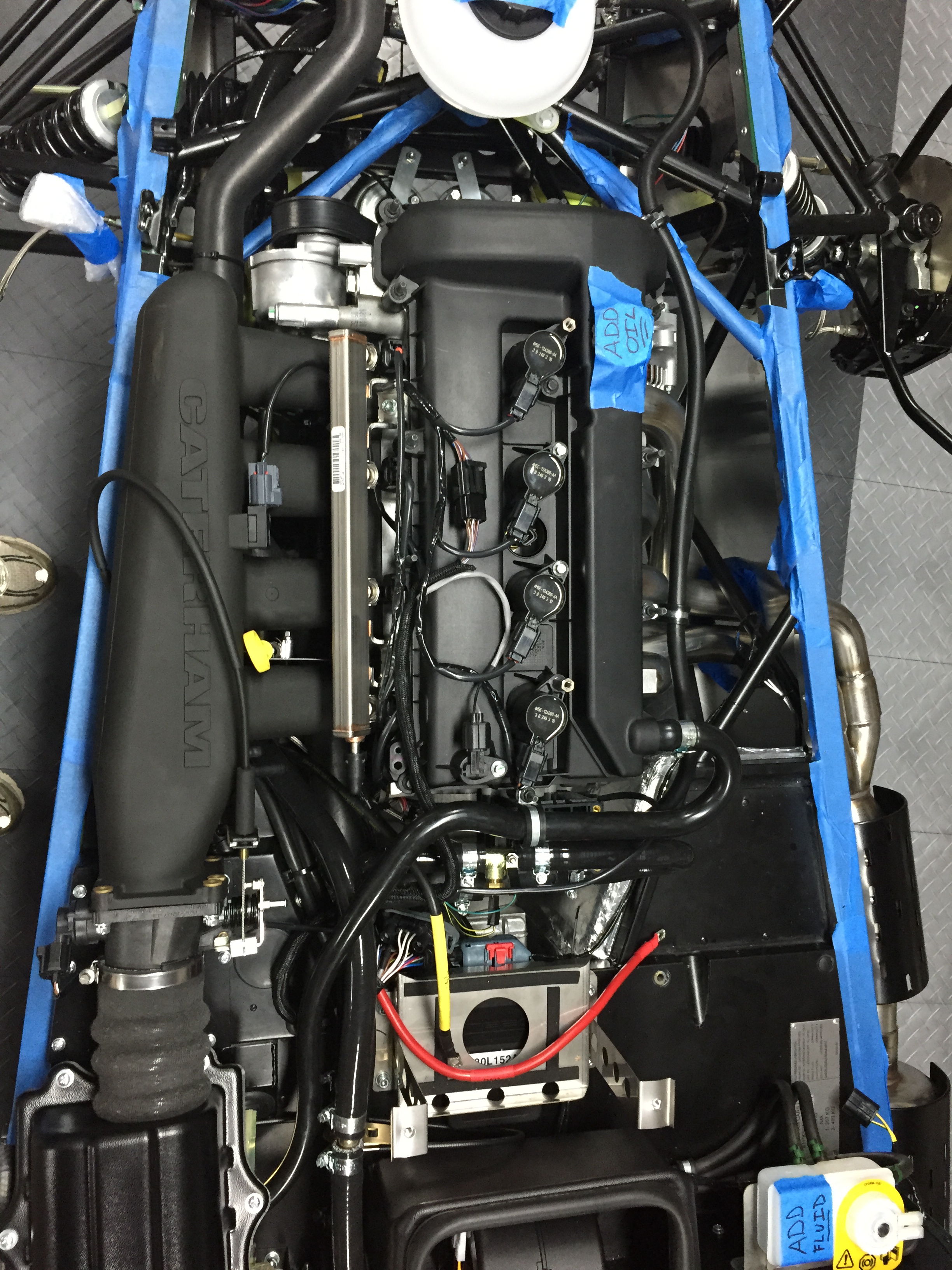 Next up was to get the dipstick on with the notes Derek had provided. That was when I realized the 5/16″ tubing wasn’t the right size and wouldn’t get up the metal dipstick tube. 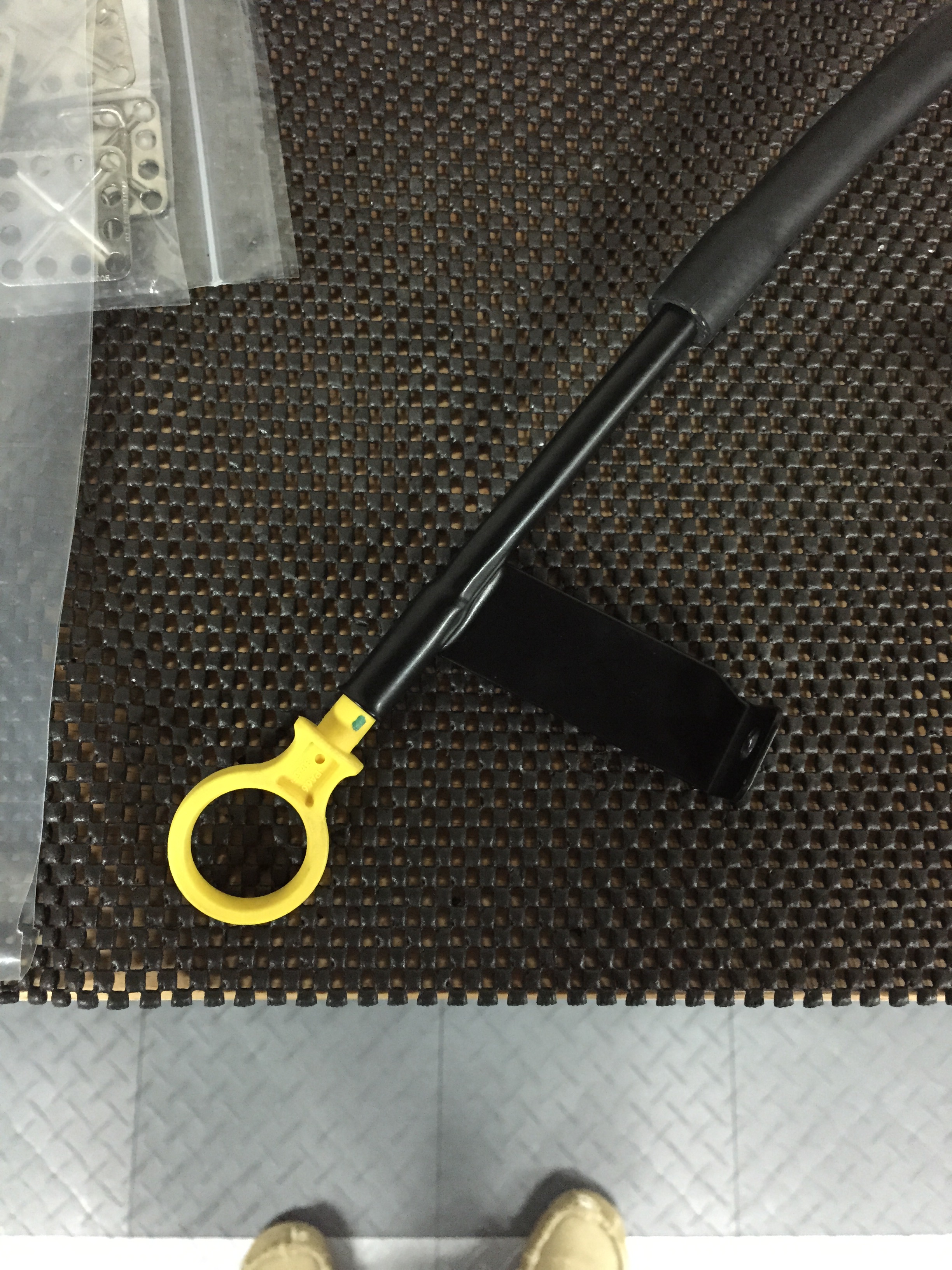 As a result, Kim and I made a run over to Advance Auto Parts; 3/8″ fits much better.

After the trip to the store and getting the oil dipstick into place I worked on torquing down the oil cooler lines. These were straight forward using a 1″ box end wrench, however, the adapters were slightly larger so had to get out an adjustable wrench to torque them down. Another tip – when tightening them down you have to rotate the lines slightly in an opposite direction as they get twisted slightly as they get tight. I started getting them kinked a bit but finally got them setup properly.

Once done with the oil lines, I moved onto the brake and clutch fill. I used just under 1 liter of Castrol SRF to fill the lines and bleed them including the “ohhh @#$%” moment.

Kim was my brake pusher so she hopped into the driver’s seat while I filled the fluid reservoir. As she was pumping the brake I heard a hiss and then what sounded like splattering. I poked my head under the car to find a massive amount of fluid spraying out of the rear brake line union. I know it was tight because Adam and I had tightened it down several months ago and had a big talk about how oddly it was placed. This particular union takes a steel line into an adapter, a washer goes on, then the adapter goes through the chassis rail, another washer, then an antislip washer, then the hard brake line onto the adapter.

When Kim was pumping the brake, and I was bleeding the driver side rear caliper, I think the union started seeping from the part where the hard line enters the union because it wasn’t able to go all the way down. With the combination of the washers and the chassis rail, although it was tight, the nut on the hard line wasn’t able to actually seal against the tube. There was a LOT of brake fluid spraying onto the underside of the car – lots of paper towel, water, and rinsing to get it all off. I really hope it doesn’t damage the paint under there.

Once I got the union fixed, which involved a slippery mess and removing the anti-slip washer then putting it all back together, we took 2 trips around the car bleeding the brakes with my bleed valve tool (it’s not that great – the magnet doesn’t hold the bottle and the little wedge you insert into the brake nipple lets air in). They’re still kind of iffy, but it’s good enough for now. 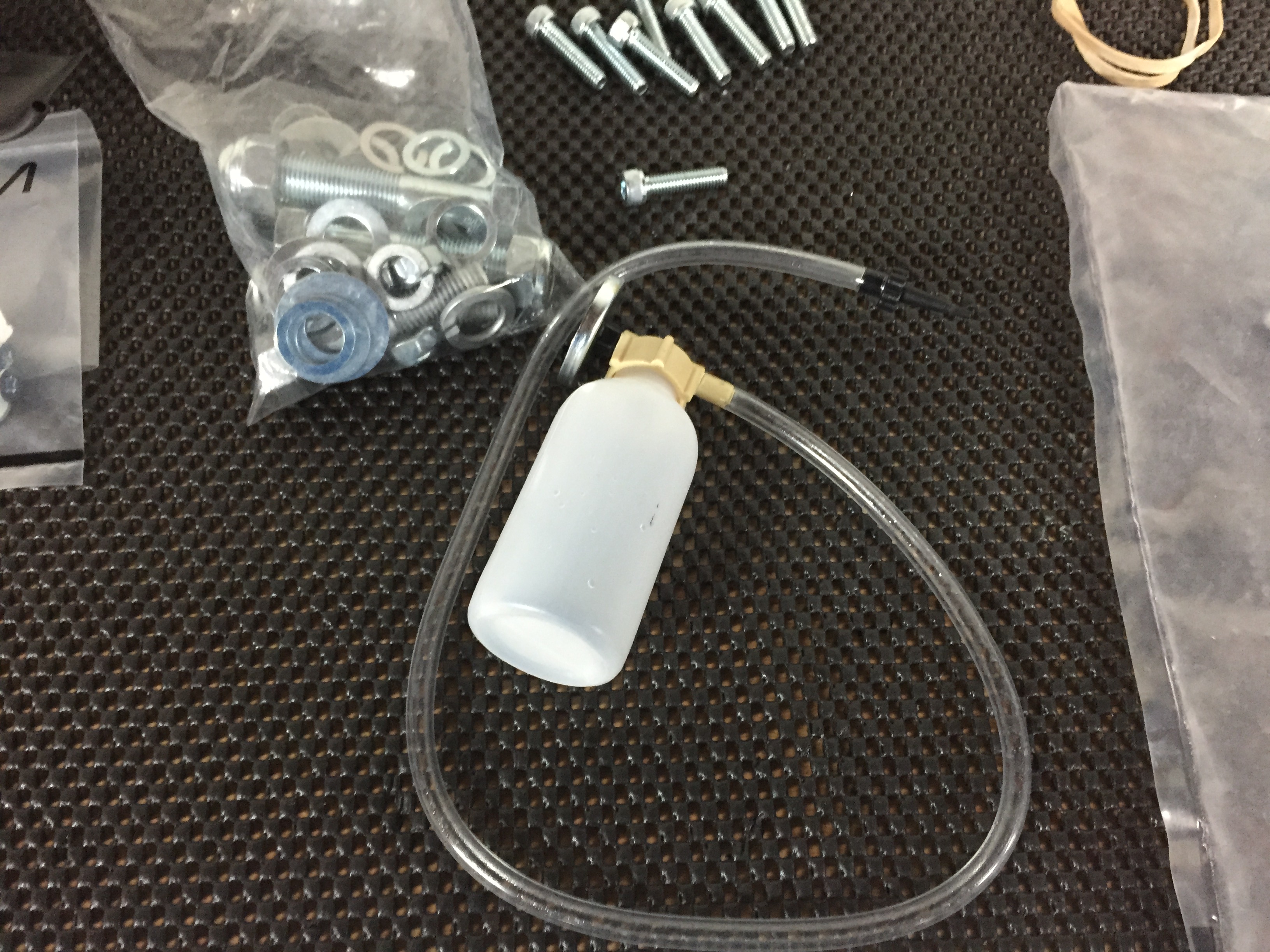 We also did the clutch bleeding which took a while. I’m sure there is a better way, but put the socket wrench on the bleed nipple, then alternated a pump, tightening, then release like normal. Lots of pumping to get fluid out. There were lots of bubbles at first, but eventually got straight fluid out. I’m sure it will need to be bled again as well.

After that, I filled the oil and coolant. The coolant fill was done into the heater inlet tube per the manual, into the coolant expansion tank, and down the long upper coolant hose. Both the oil and the coolant went in super easy after the debacle with the brake fluid. 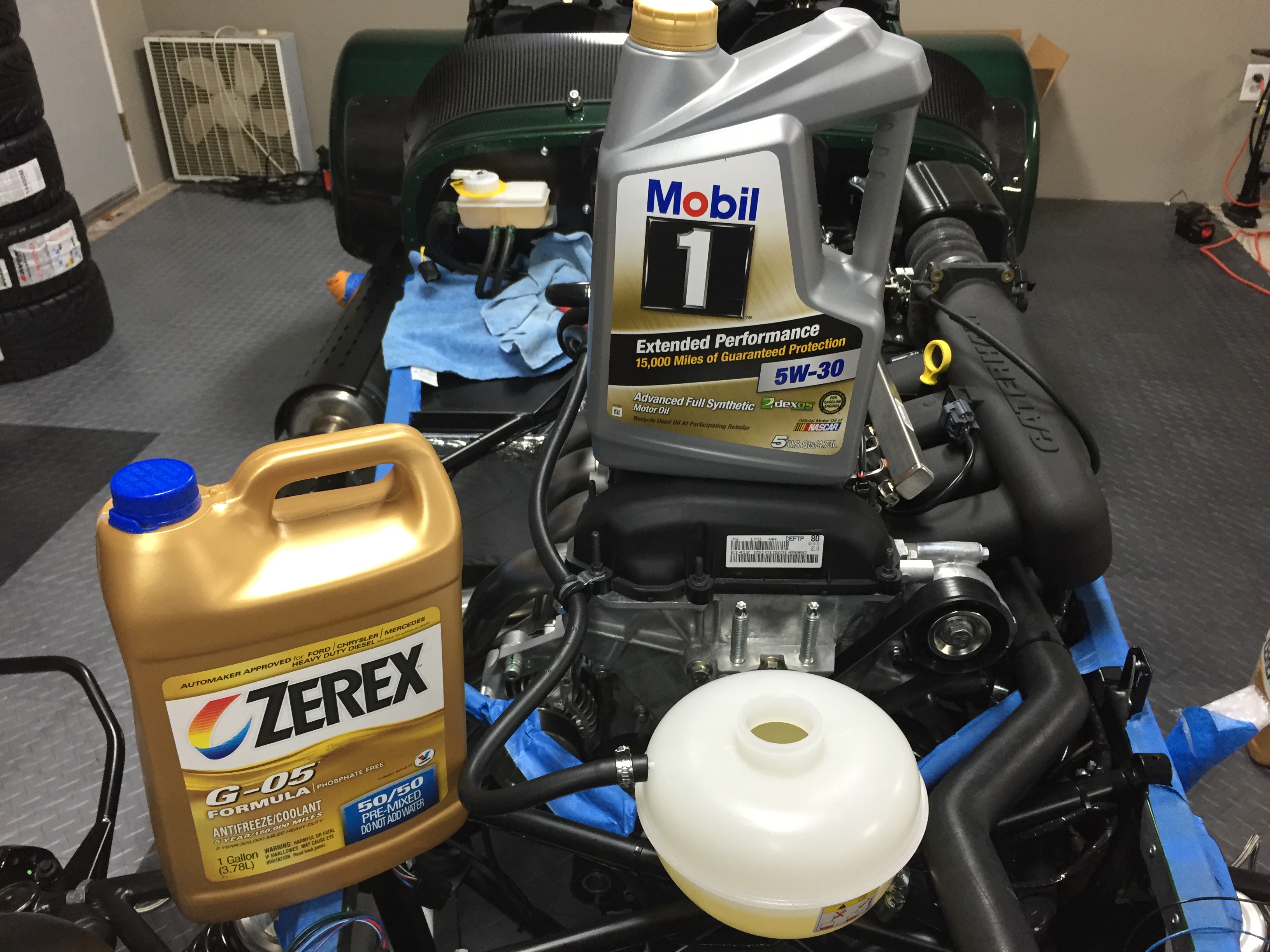 We then called it a day on the car so we could go meet friends for dinner. 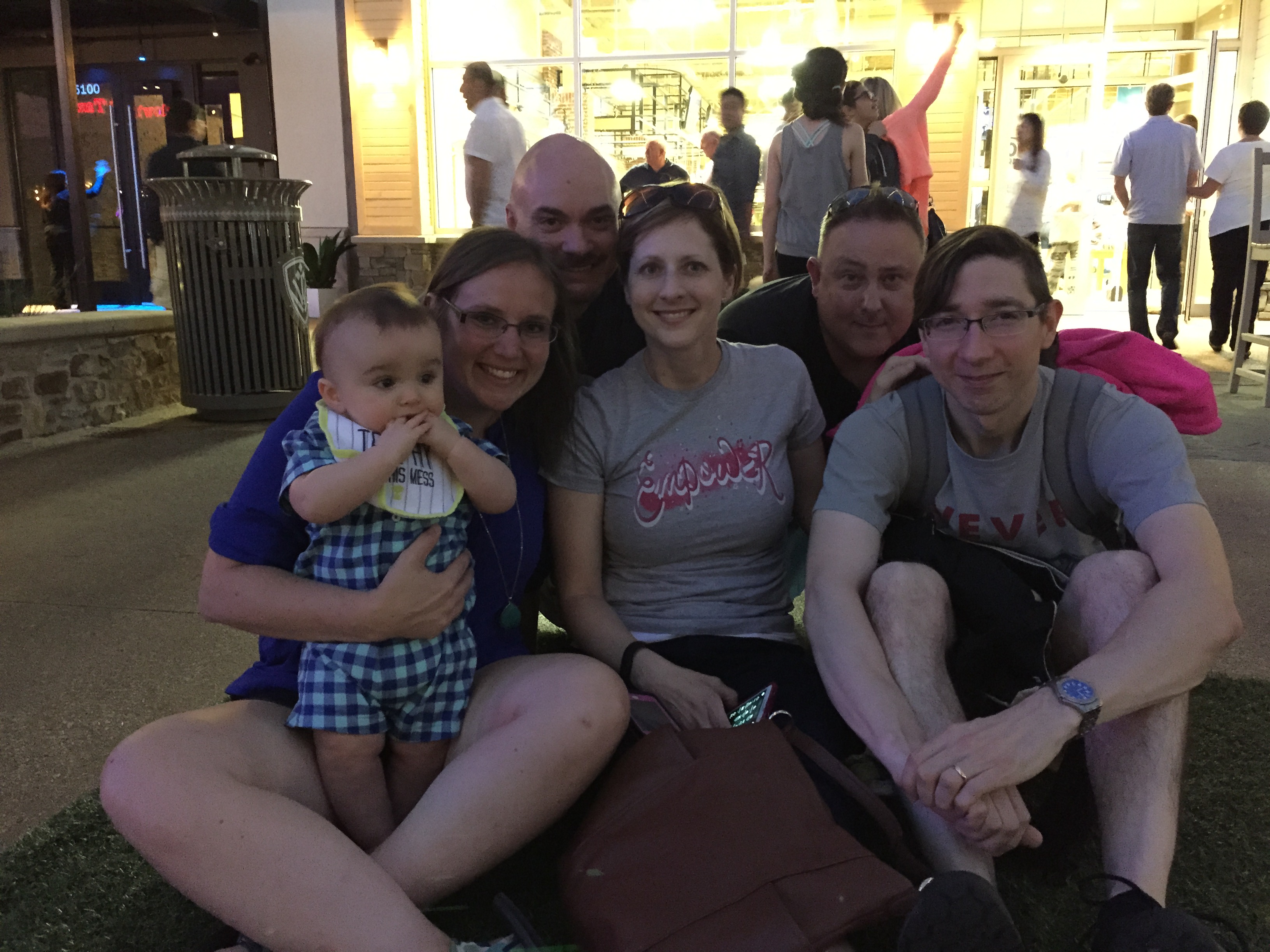 Upon getting home, I found a small puddle of coolant under the rear of the engine. A little troubleshooting determined the small coolant return line wasn’t tight at the back of the engine; tightened that and all was good. I left some paper towel under the car to see if anything else is dripping but so far looks ok an hour later. 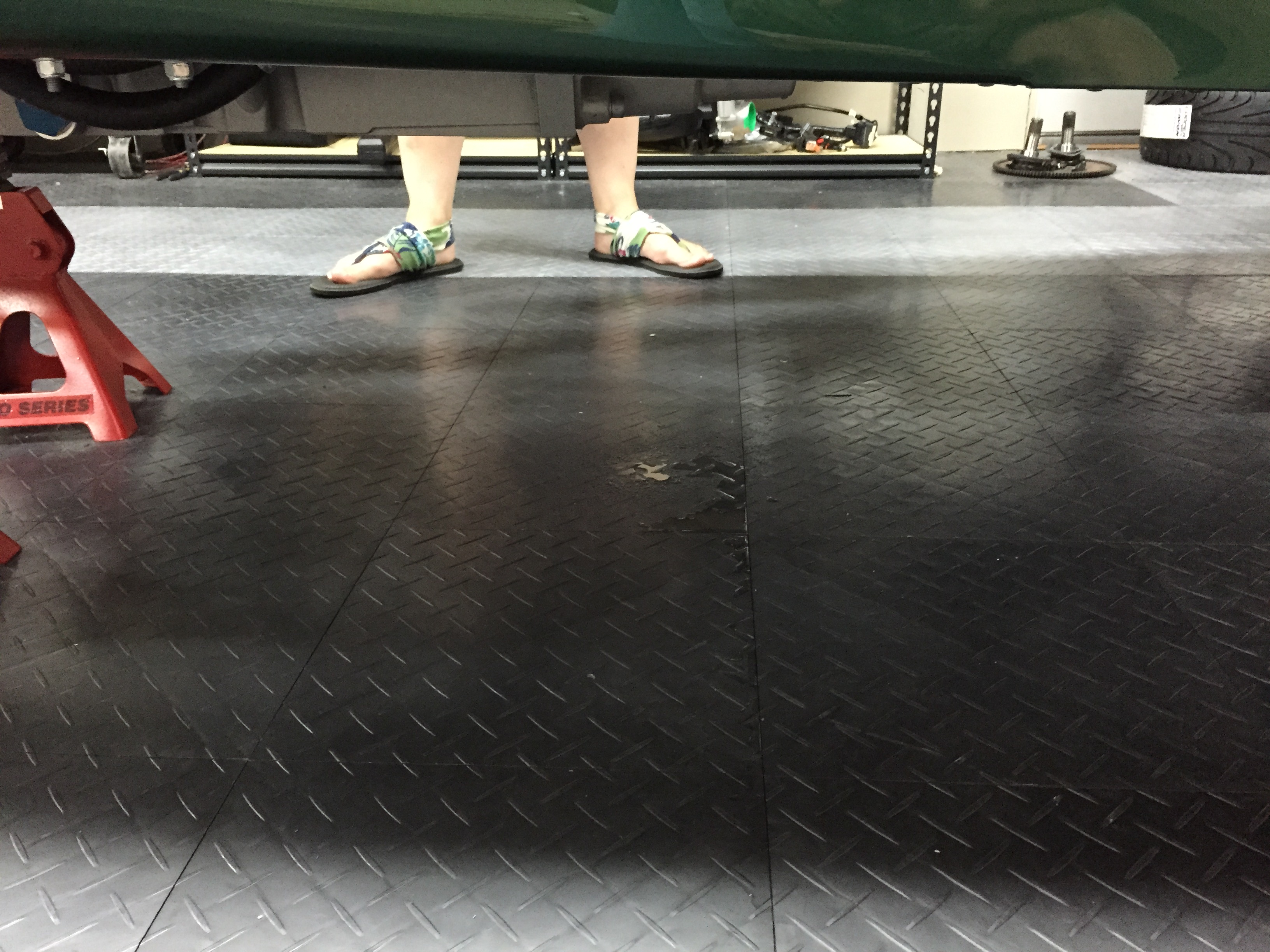 I’m hopeful for engine start tomorrow… going to be a restless night tonight.