After a couple week break due to travel, I had a little time to get back to the car. First up was the missing temperature sensor ground. Easily attached to the submarine piece and torqued down to “tight”. 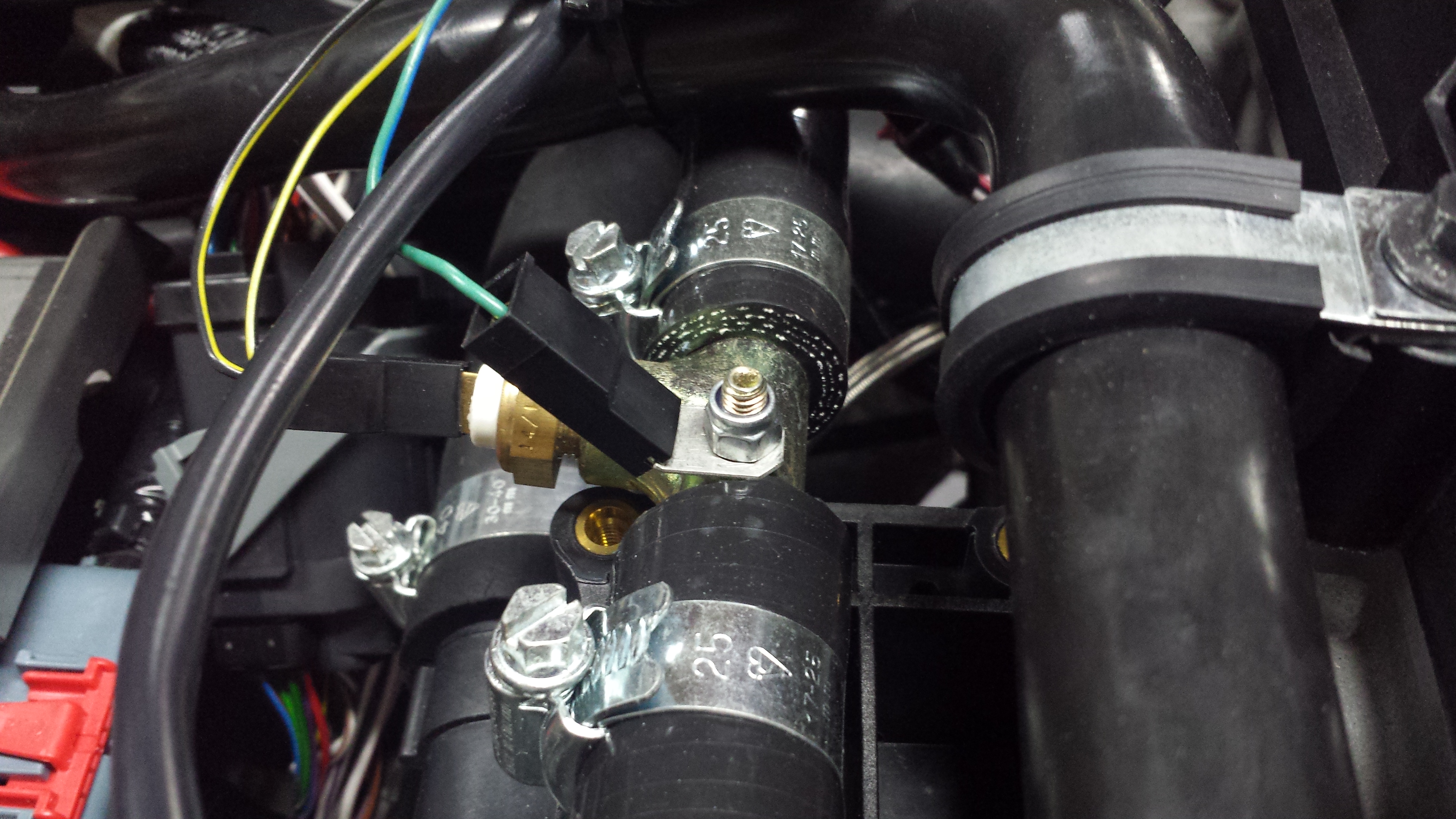 Next up was the exhaust guard. Easily attached with 3 band clips; 170-190mm is the correct size. Special order from Caterham – couldn’t find them locally at Home Depot (thanks Derek and Tony @ Caterham). 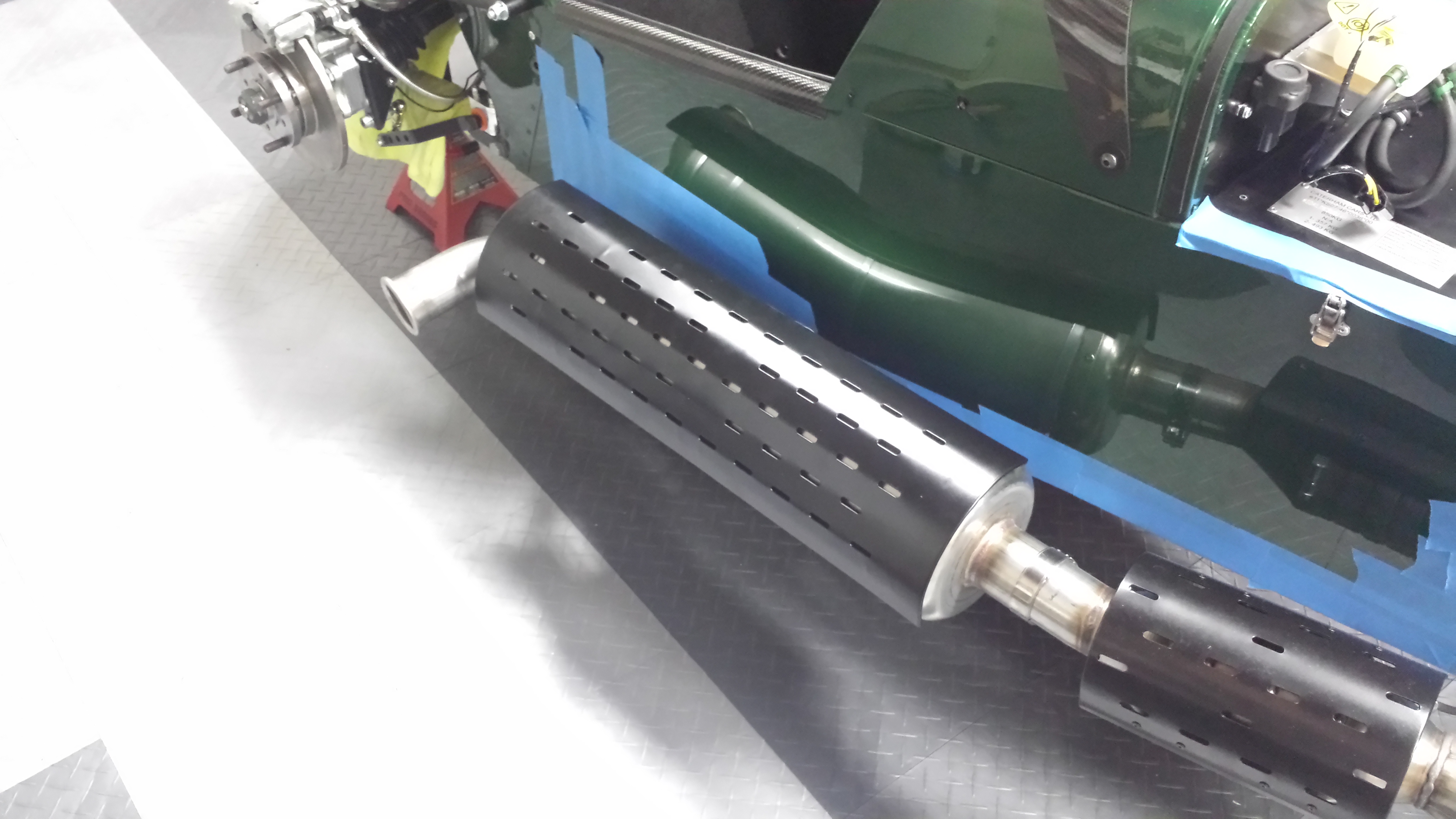 Since Kim was around she came down to the garage to help me tackle the wing protectors. Let me start off by saying you need two people for this bit – I couldn’t imagine trying to tackle it solo. The first step was to lay some blue painter’s tape over where we would be drilling to keep paint from chaffing off “whilst conducting drilling operations” (quote from the manual, I liked it). 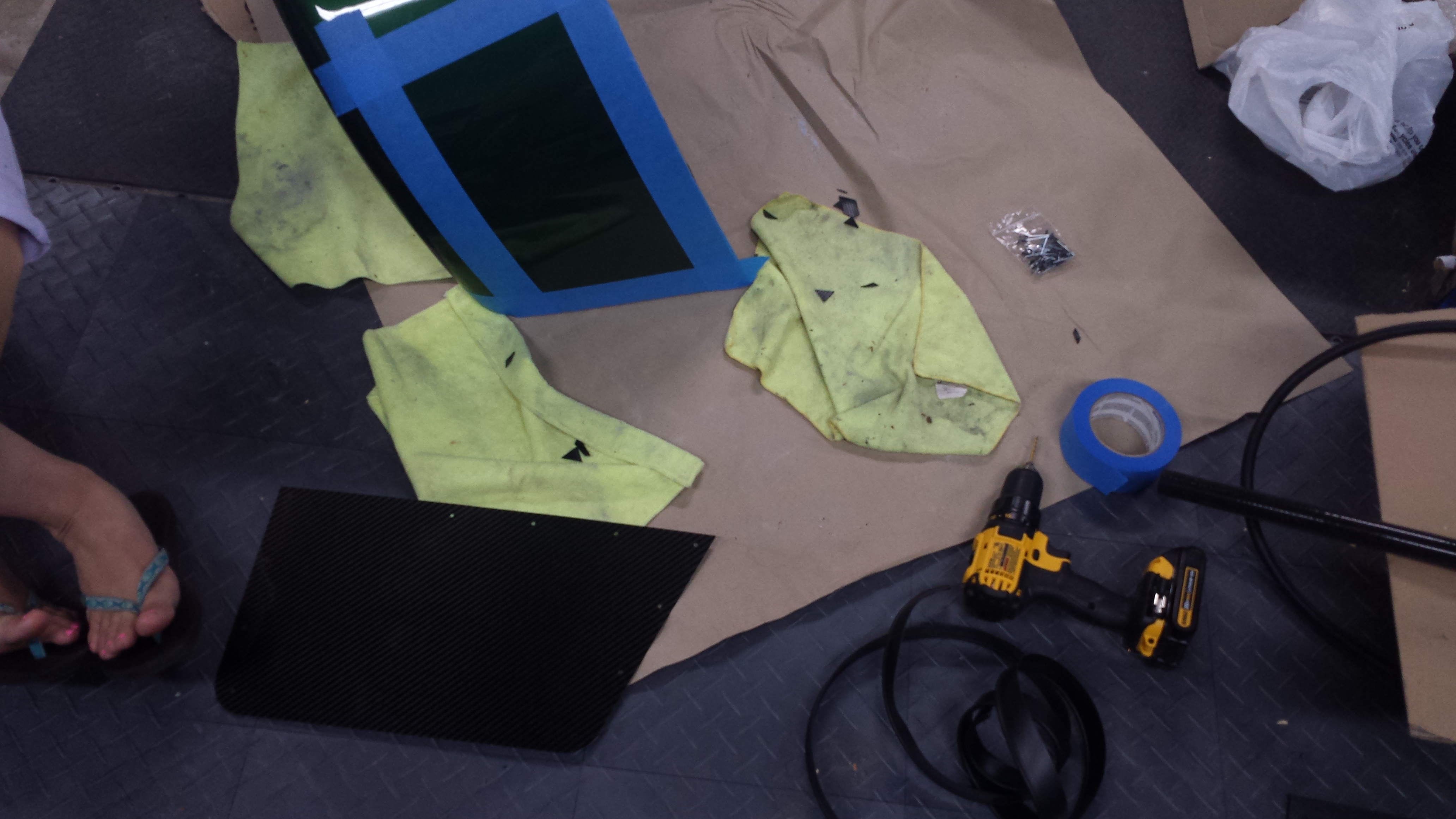 So anyway, it’s a pretty linear process – you start in the bottom corner closest to the car side of the wing by lining up the rubber trim piping and the carbon protector about 5mm up from the edge of the wing. Next up, mark with a pencil each of the holes in the rubber trim. Then I used the same leather punch tool I bought at Joanne Fabric that I used on the boot cover to cut round holes for the popper bases. It works WAY better than a drill bit. Then put the trim back under the wing protector and drill out the hole through the wing. Do 1 or 2 holes at a time working your way vertically and horizontally one hole at a time. I found that by putting a rivet into the freshly drilled hole, after removing the blue tape from underneath, that the wing protector was held really stable while I drilled my way up the wing. The key is to go slow and have patience – that was a little challenging for me – but in the end got there with a minimal amount of fuss. For the bends and corners in the piping what I found worked best was to cut the corner in an arc after the last hole then trim the flat part so it could double up along the edge. Just go slow!

First wing protector on and attached to the car. 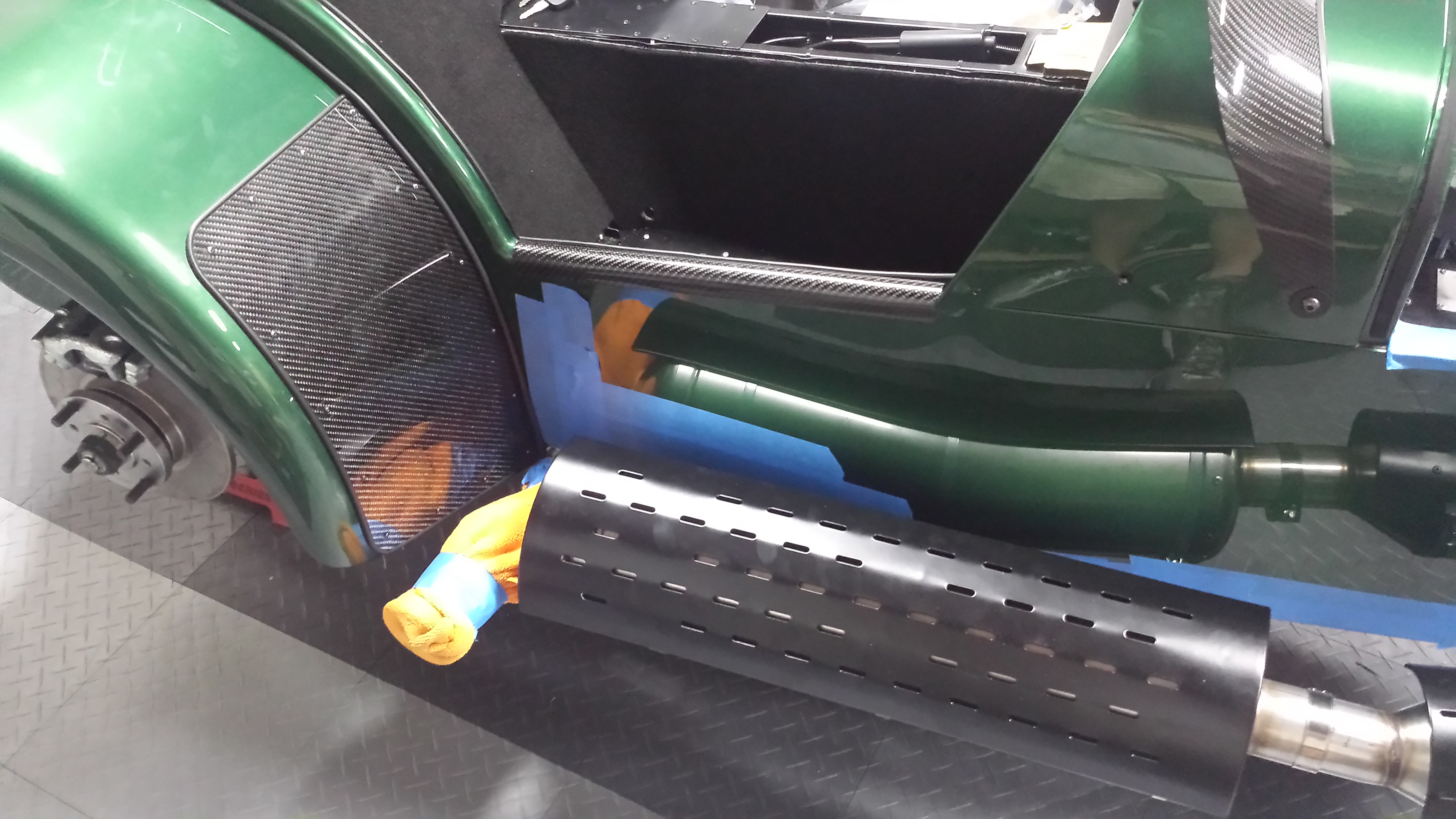 After the first one was done we called it a day; I was hungry plus the wing drilling had tried my patience and consumed about 2 hours of concentrated time. Lack of patience + hungry does not bode well for Kim and I when working on a project together so called it a day.