Finally! A long, full day to work on the car. Kim was gone some of the day (I don’t remember where) so set about early in the morning to get at it. First up was to get the MAP (or is it MAF?) sensor attached to the intake manifold (plenum). I was missing a bolt prior so picked up one at Home Depot – from memory it was an M5 20mm which seemed to fit fine.

Next up was to sand down the radiator. I used some 400 grit sandpaper to wet sand the high points where the paint had run last time. It took off WAY more paint than I intended, but that’s easy to spray back on. I got a nice smooth finish on both sides then set it aside in front of a heater to dry before giving it a coat of paint. 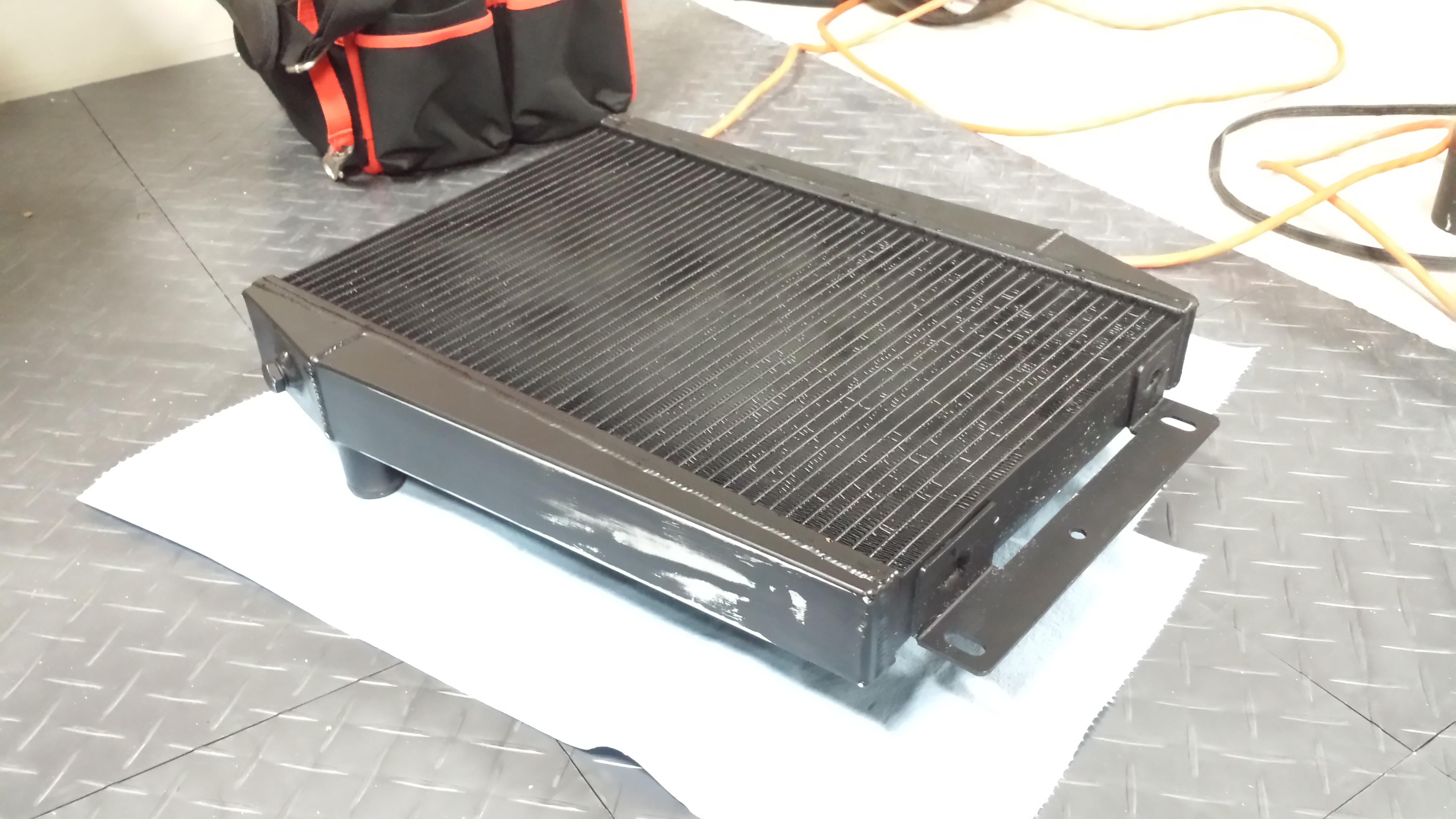 While that was drying, I started on the weather gear. First up was to get the hoodsticks on so inserted the bolts into the brackets… which went poorly. The seatbelt boss is too high to slide the head of the bolt in and the result was a big chunk of paint taken off the car. I’m still waiting on that touch up bottle, so nothing I can do now. Just move on. Note, I saw this one coming and had a layer of blue painters tape over it but the fit was so tight the head went right right through the tape. Shit. 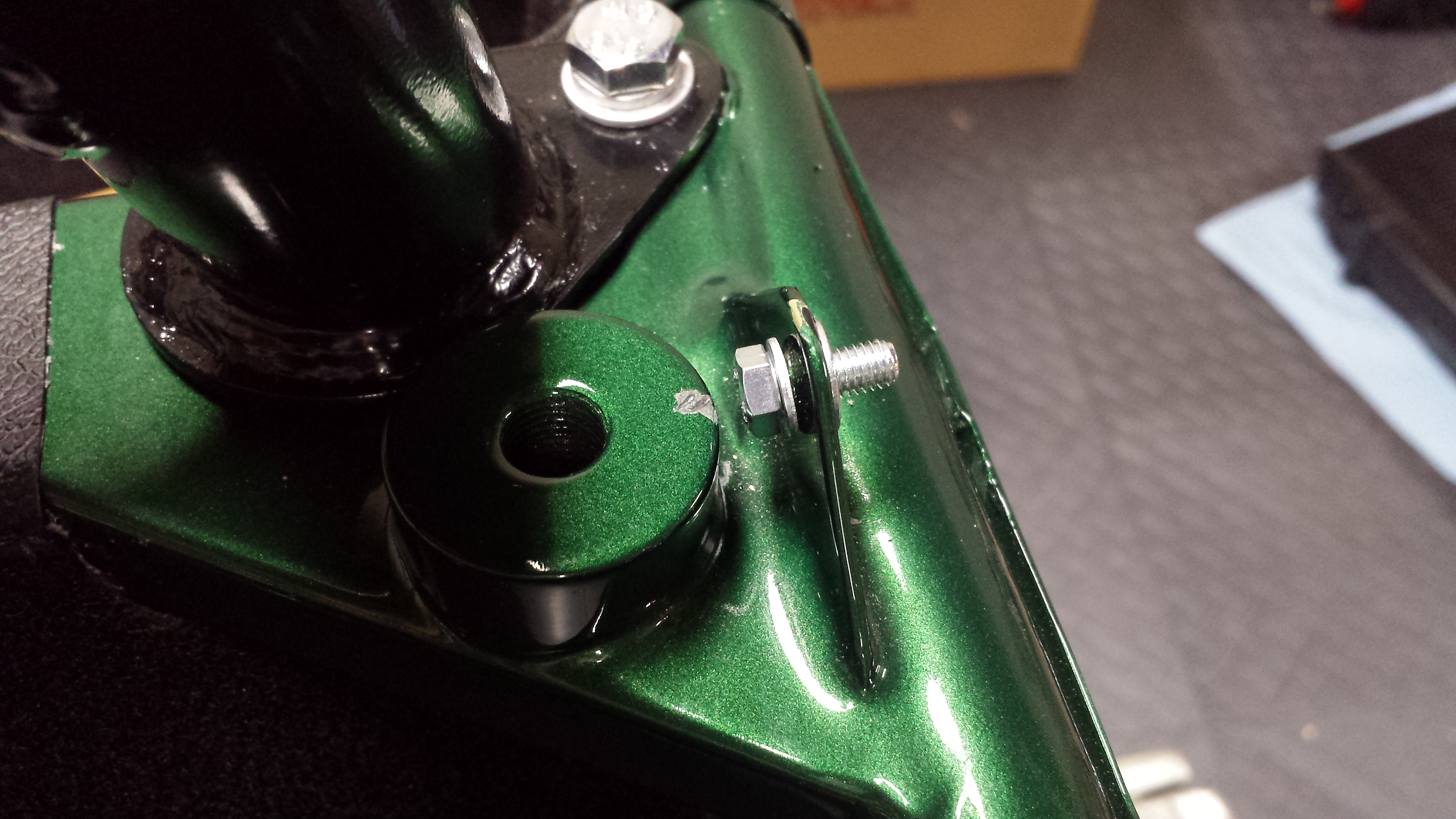 Mildly perturbed with the bolt / paint issue, I moved over to the battery. I’d picked up 3 containers of battery acid earlier in the week and ended up using two. Will need to return the 3rd one to Auto Zone. Note, not every place has it ironically enough – had to go to a couple stores to track it down so plan in advance if you’re building one in the States. I know the Banner battery isn’t the best, but figured I’d use it until it dies then replace it later on. To fill the battery it’s quite easy – use a screw driver to get the caps off (finger tight), pour in acid until the plates are just barely covered, then wait 30 minutes for the lead plates to absorb the acid. 30 minutes later, top them up to the fill line and then seal the battery back up (finger tight). Overall very easy, except for the life of me I couldn’t find the fill line anywhere on the battery. I ended up just filling to slightly below the cap, or where I thought a fill line should be based off pictures from the internet of other batteries, then put the caps back on. Once back together it went on the charger where it’ll sit for a day or two to charge. 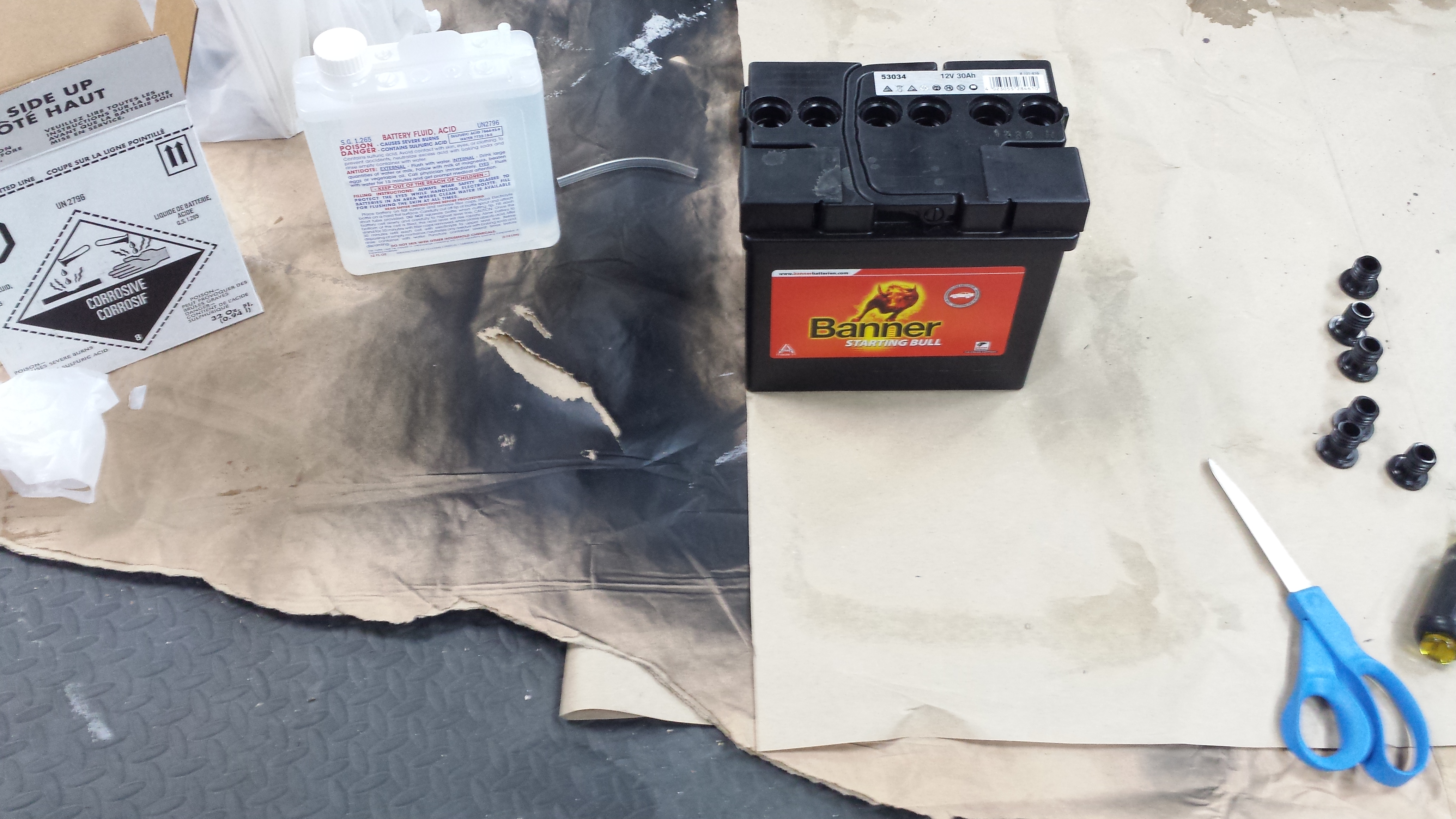 While that was charging, I moved back to the hoodsticks. Pretty straight forward and laid out just fine in the manual, you take one stick off, thread in the cloth straps, then adjust as shown in the manual. The only hard part is measuring and getting the holes just right to get the straps attached to the chassis rail in the trunk. Measure three times and it’ll turn out ok. I measured twice, and one isn’t perfect (but not noticeable in person). Self taping screws go into the holes with little issue. 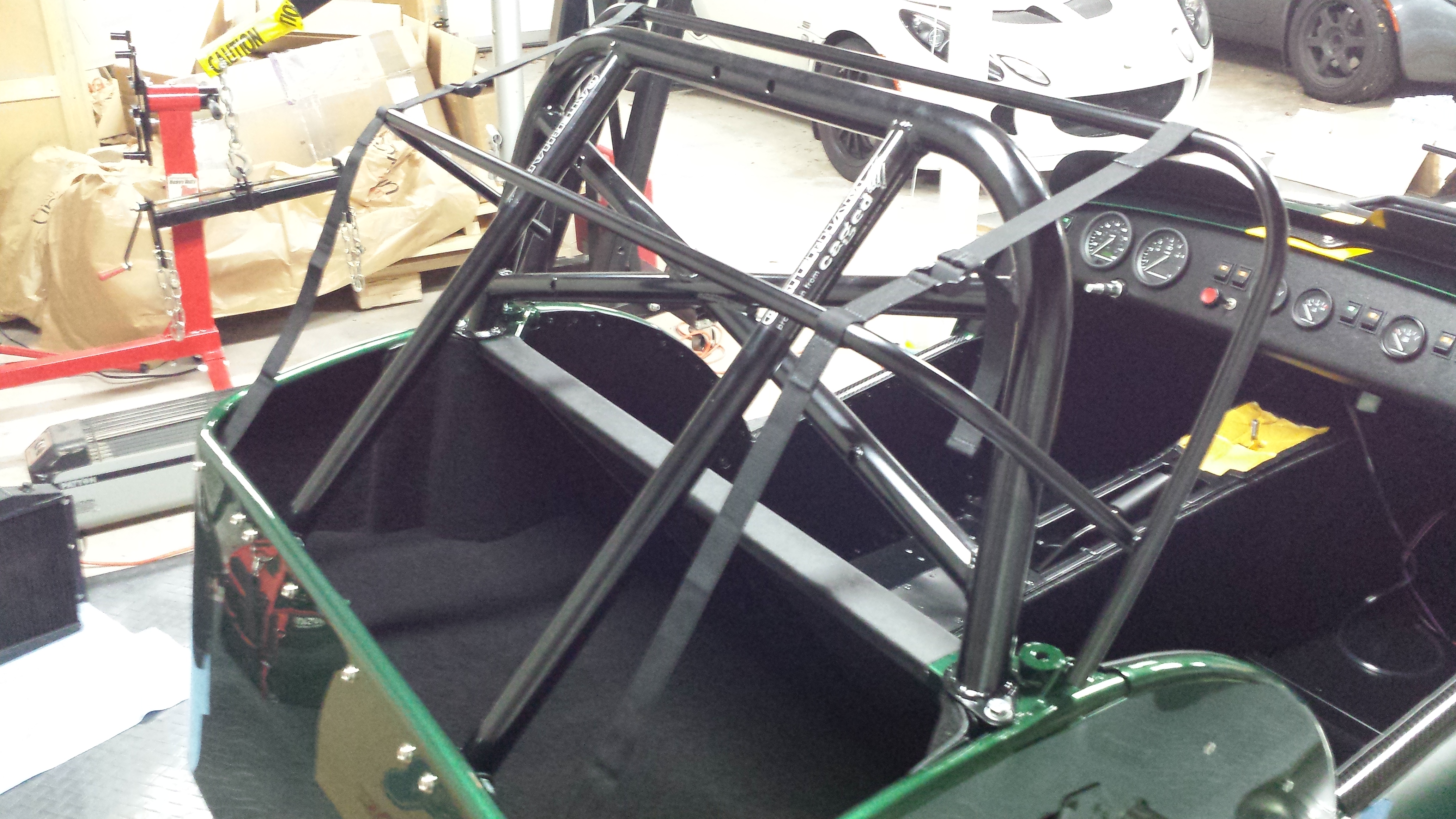 I ended up using the popper bases as the manual suggested; I tried it both ways and liked this look better. 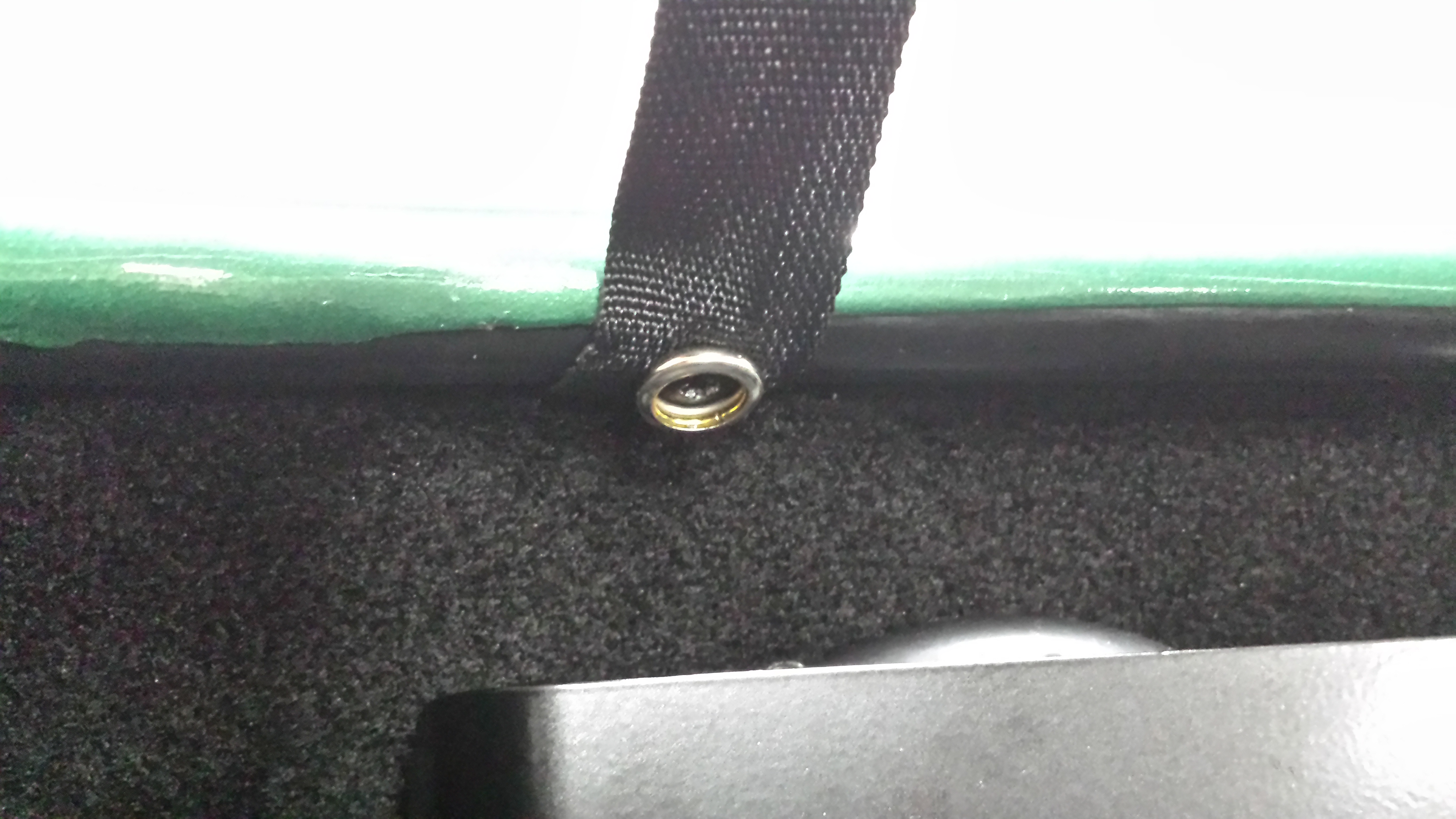 Next up – back to the radiator. Hit it with a few spritzes of black paint, taking my time and applying smooth, even coats, then set it aside to dry. Turned out AWESOME! My first flawless win of the day. 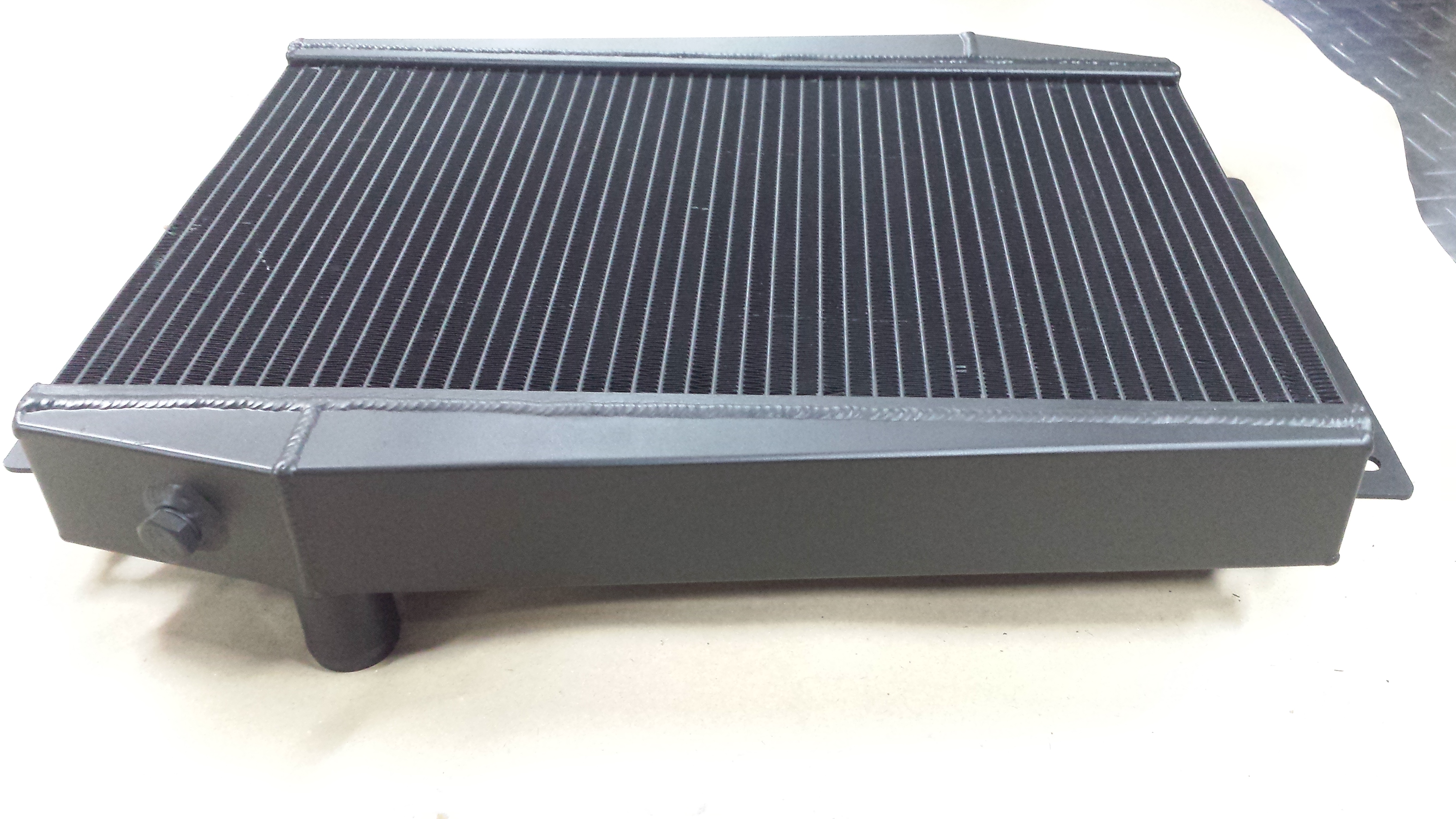 About this time Kim came home and we proceeded to watch Star Wars while she graded papers and I worked on the car. 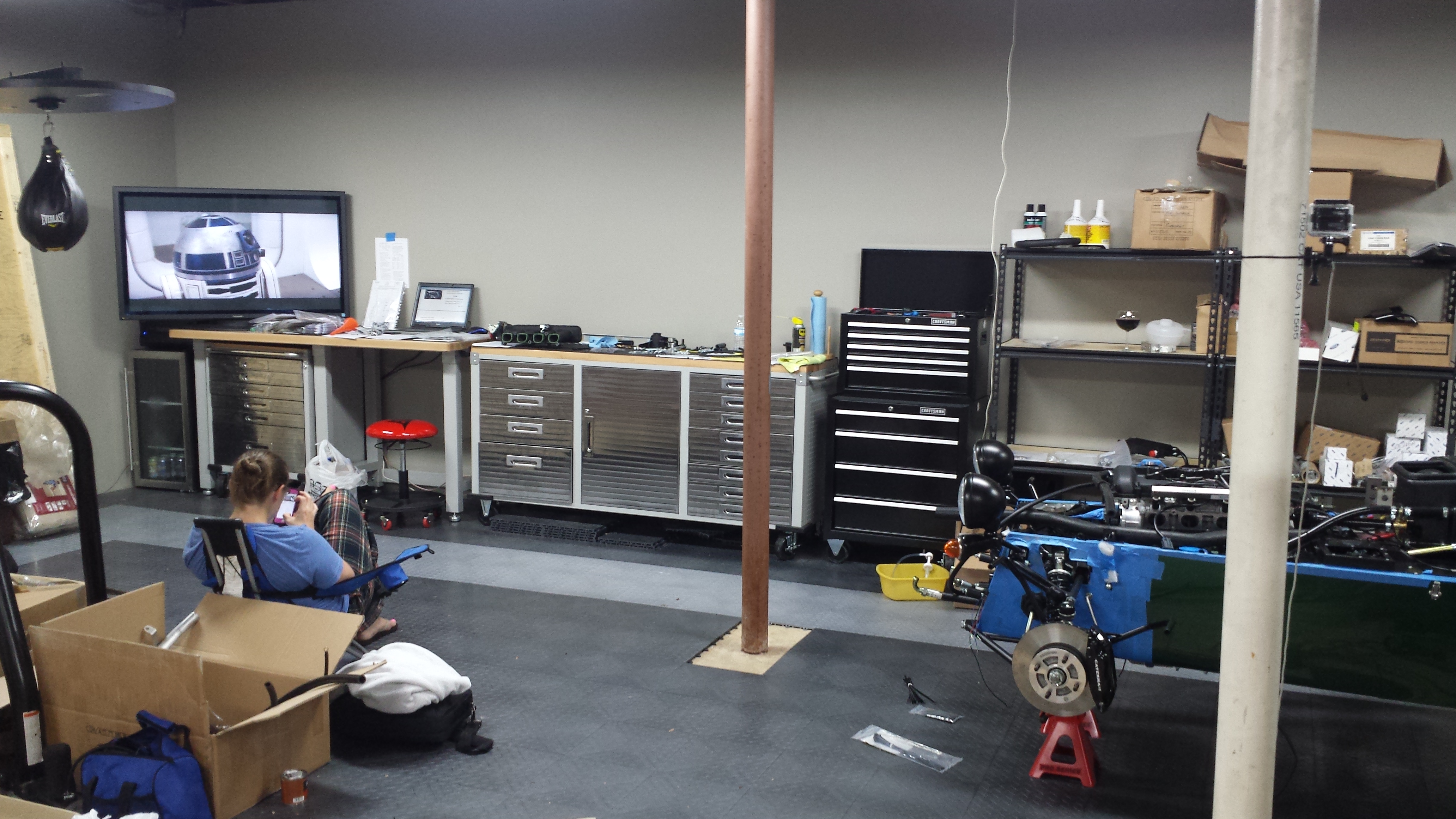 Next up was the throttle bracket. 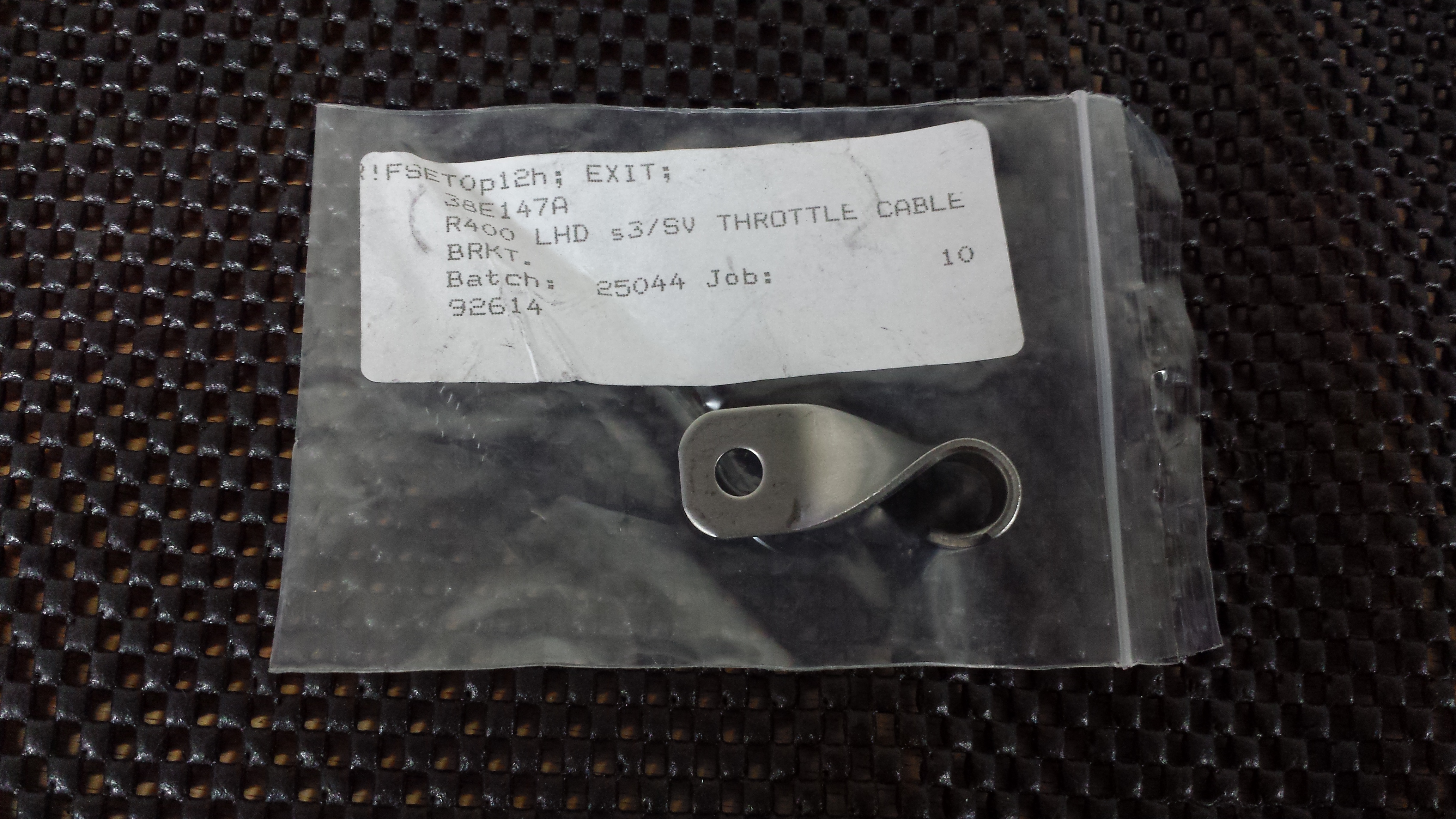 I had no idea where this went or how it attached… and still don’t. I fired off a quick email to Simon to see how he had done his and got a quick reply that he’d discarded it as well. It was then tossed into the “parts I have but don’t need” pile.

Moving on with the day, I did a test fit of the intake manifold (plenum) and everything is starting to come together! After fiddling with the throttle cable routing I figured out a path around the edge of the plenum and attached it to the pedal in the footbox. I’ve ready many posts from the UK where the throttle cable and pedal fitment requires a lot of bending to get it lined up properly. In mine, it fit perfect first time… which scares me quite honestly. Nothing fits on the first go with this car. What did I miss? (I know it’s not on all the way). 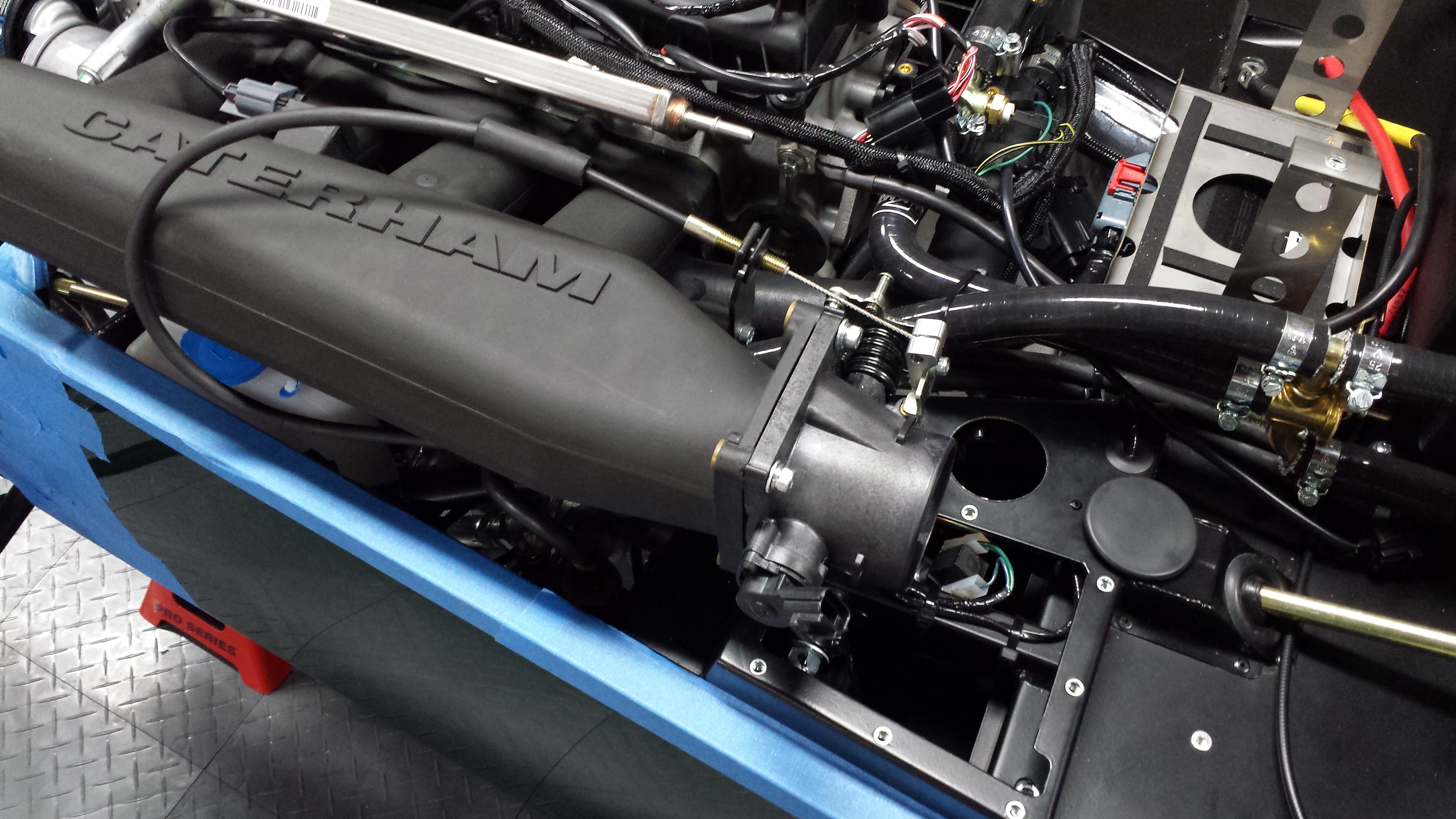 Kim then helped me torque down the universal joint and steering rack which I’d skipped earlier. No pics cause it was just tightening bolts, but it did create another problem. Earlier I’d run the coolant line above the water bottle, then Simon suggested swapping below the large coolant hose next to the steering column. It seemed to fit just fine so swapped it around – much better! Right until I aligned the steering column and tightened down the universal joint… now we were in full contact with the hose. Crap. 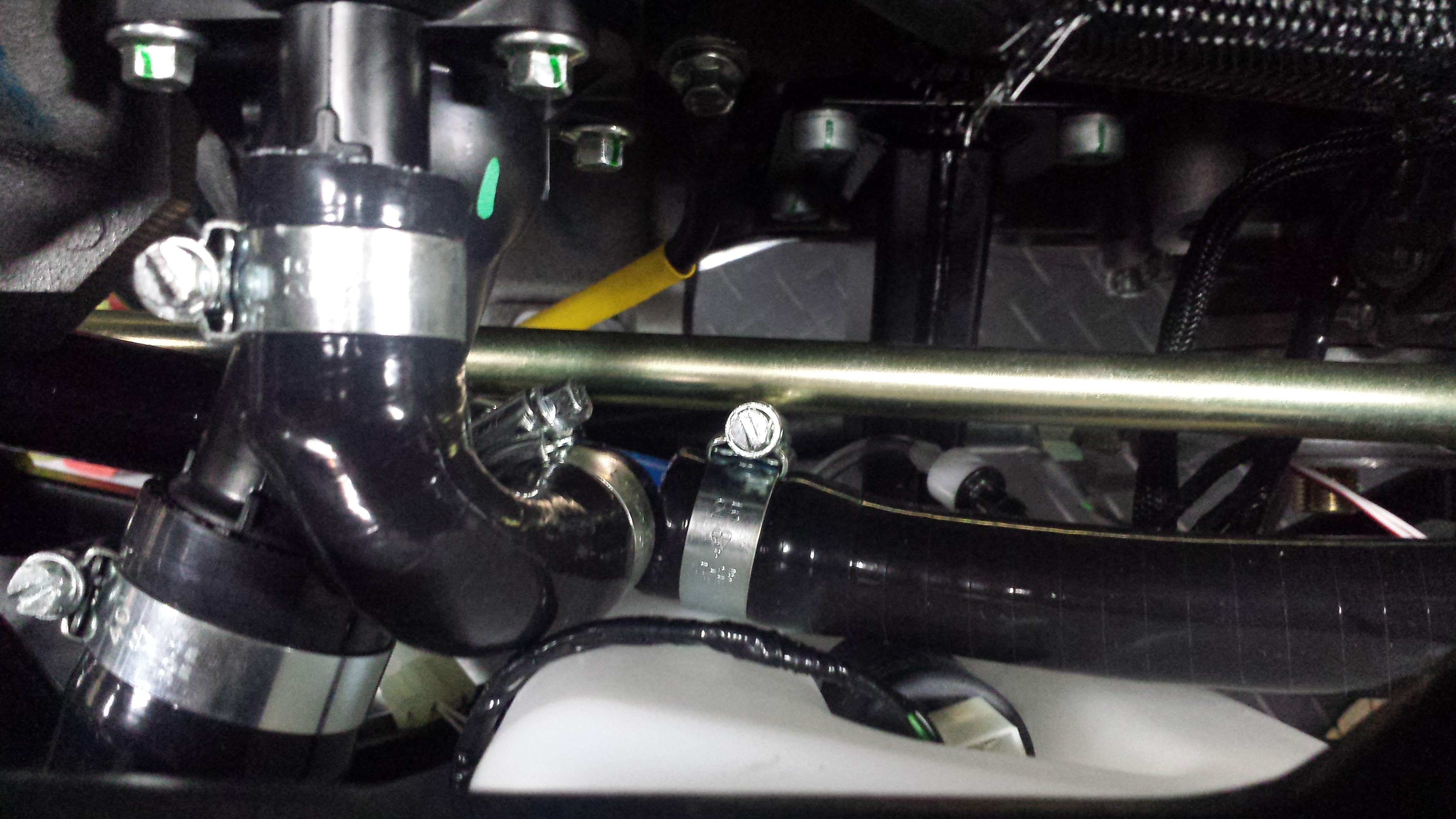 Kim then helped me, along with a lot of pulling, prying, and cussing, to get the hose off the coolant line and re-route it back above the infamous washer bottle. Took forever, but got it swapped back like I had it previously. The intake manifold (plenum) came off again to make all this happen so just left it off for now.

Since Kim was now fully involved with the car I decided to capitalize on her help to fill the diff and transmission. First up was to get an allen key and cut it down. This was a little different than the manual; I’d read on another build blog, I think Dave’s, that he used a cut down allen key and a ratcheing spanner instead of cutting down the other side of the allen key and just using that. Note, finding a 5/8″ allen key in the States is a pain in the ass. I went to like 4 stores and ended up buying an entire allen key set just to get the 5/8″ key I needed. Hindsight, order one on Amazon.

So out with the Dremel, cutting wheel, and the vice. And eye protection. Turn on Dremel, start cutting, make lots of sparks, and watch your fingers. 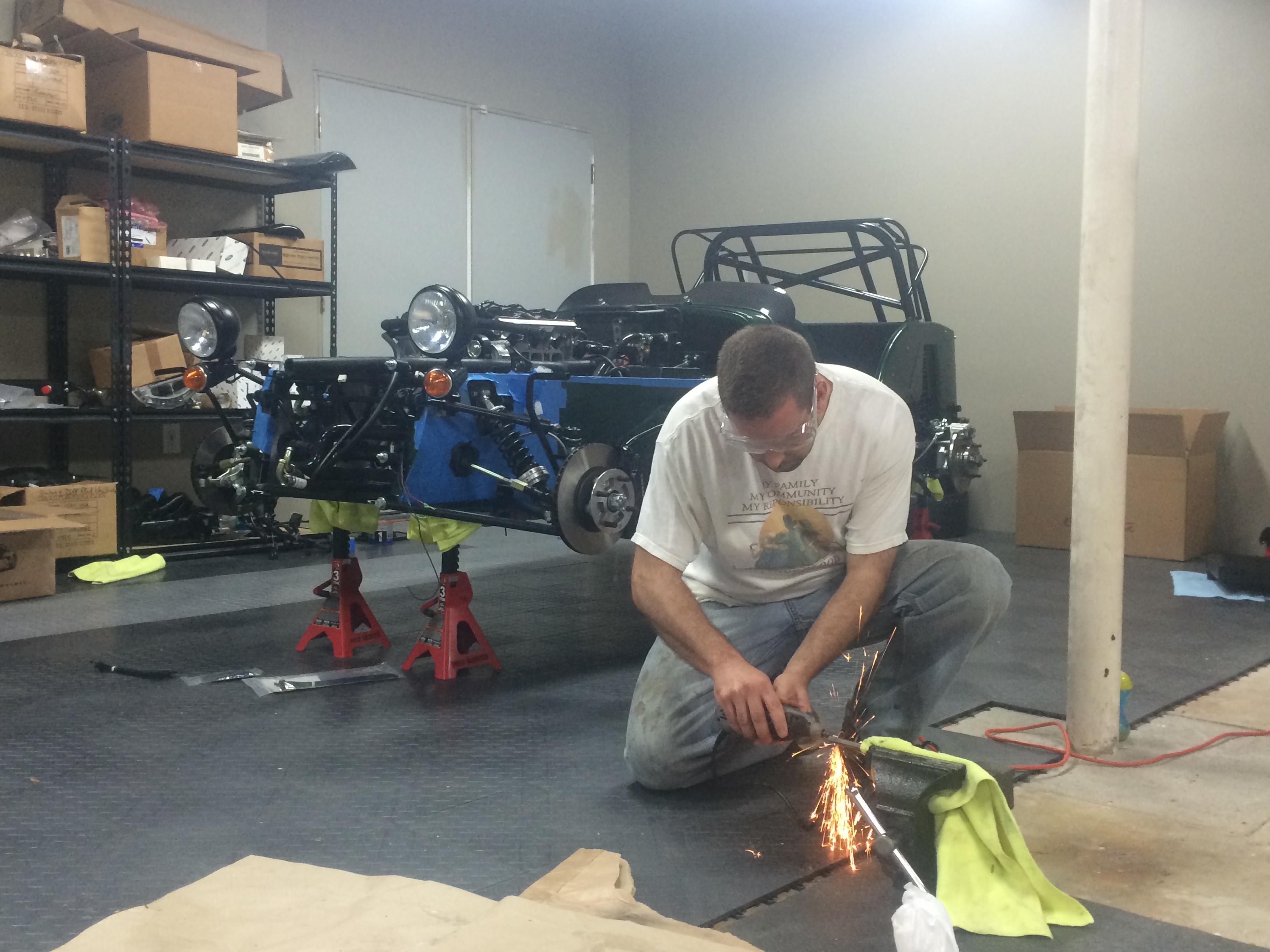 After a minute or two of cutting there was a loud POP and then felt parts of the cutting wheel ricochet off my eye protector! Apparently I’d put just a tad bit more pressure on the wheel and it disintegrated right in front of me. So, note, ALWAYS WEAR EYE PROTECTION WHEN CUTTING SHIT! 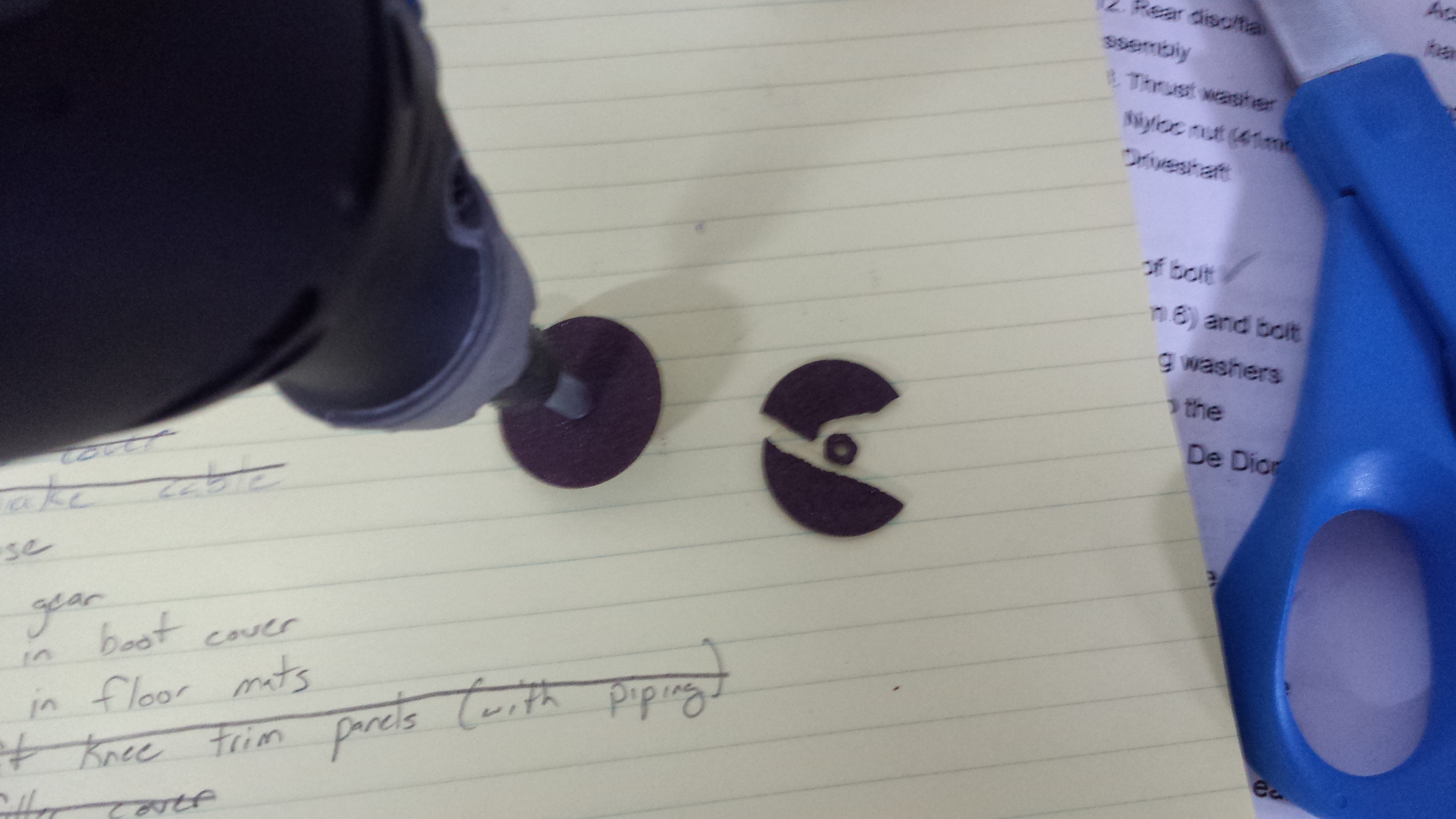 After replacing the cutting disc, I finished cutting down the 1/2″ of allen key I needed… except it didn’t quite fit. It got into the drain plug on the trans just fine, but didn’t leave enough to grip with the ratcheting spanner. Crap! Back out with the Dremel, this time cutting a 3/4″ piece off which did the trick perfectly. 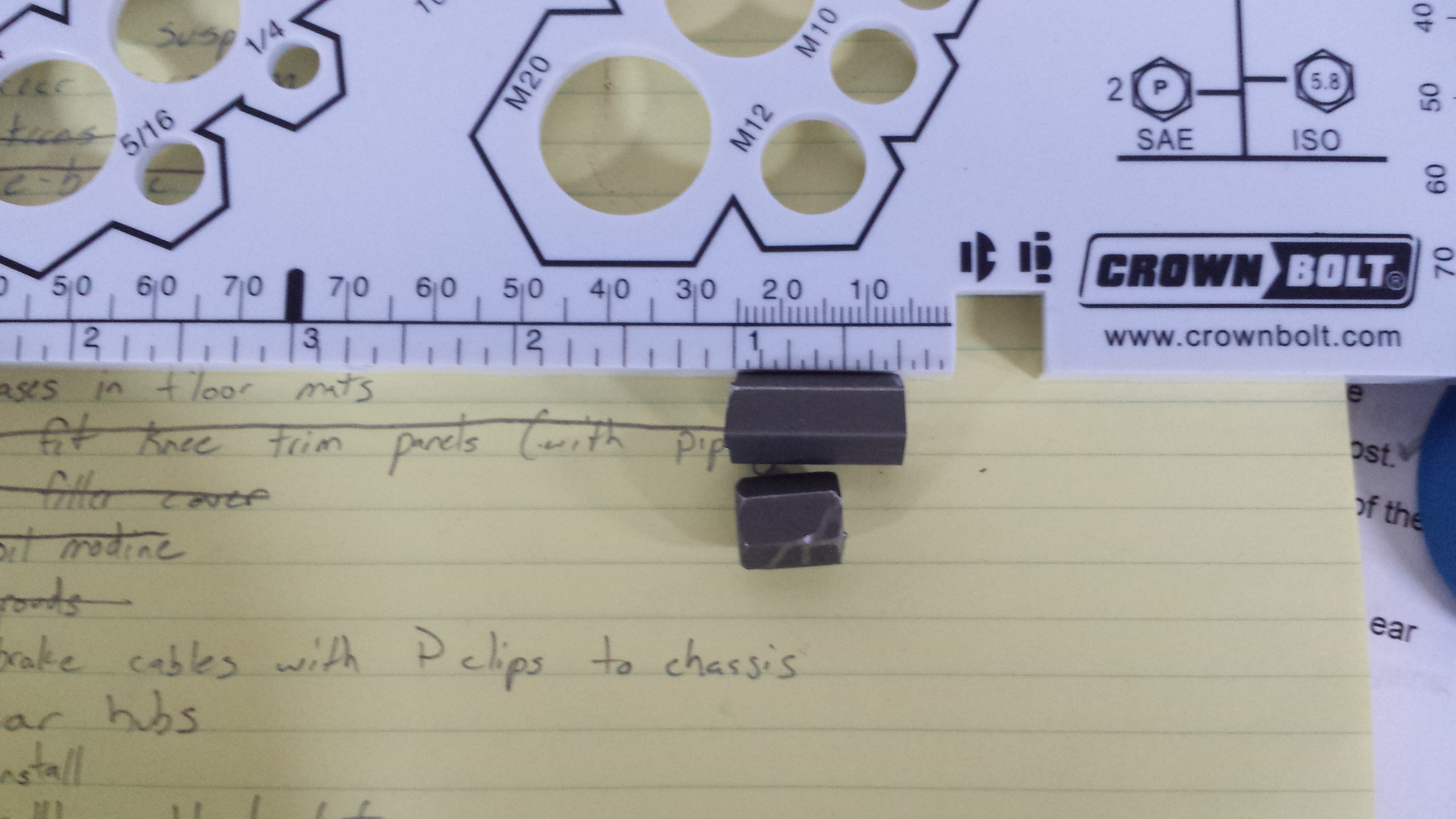 Armed with my new 3/4″ allen key, ratcheting spanner, and my new $9 hand pump (best thing ever – made this whole process SOOO MUCH easier – can’t recommend it enough for all those that rigged up tubes, funnels, taking plates off the top of the trans housing, new bungs, etc) I climbed under the car to fill the trans. Went just fine, effortless, and filled until it dribbled out of the drain hole. About a quart bottle and a quarter of MTL went in. 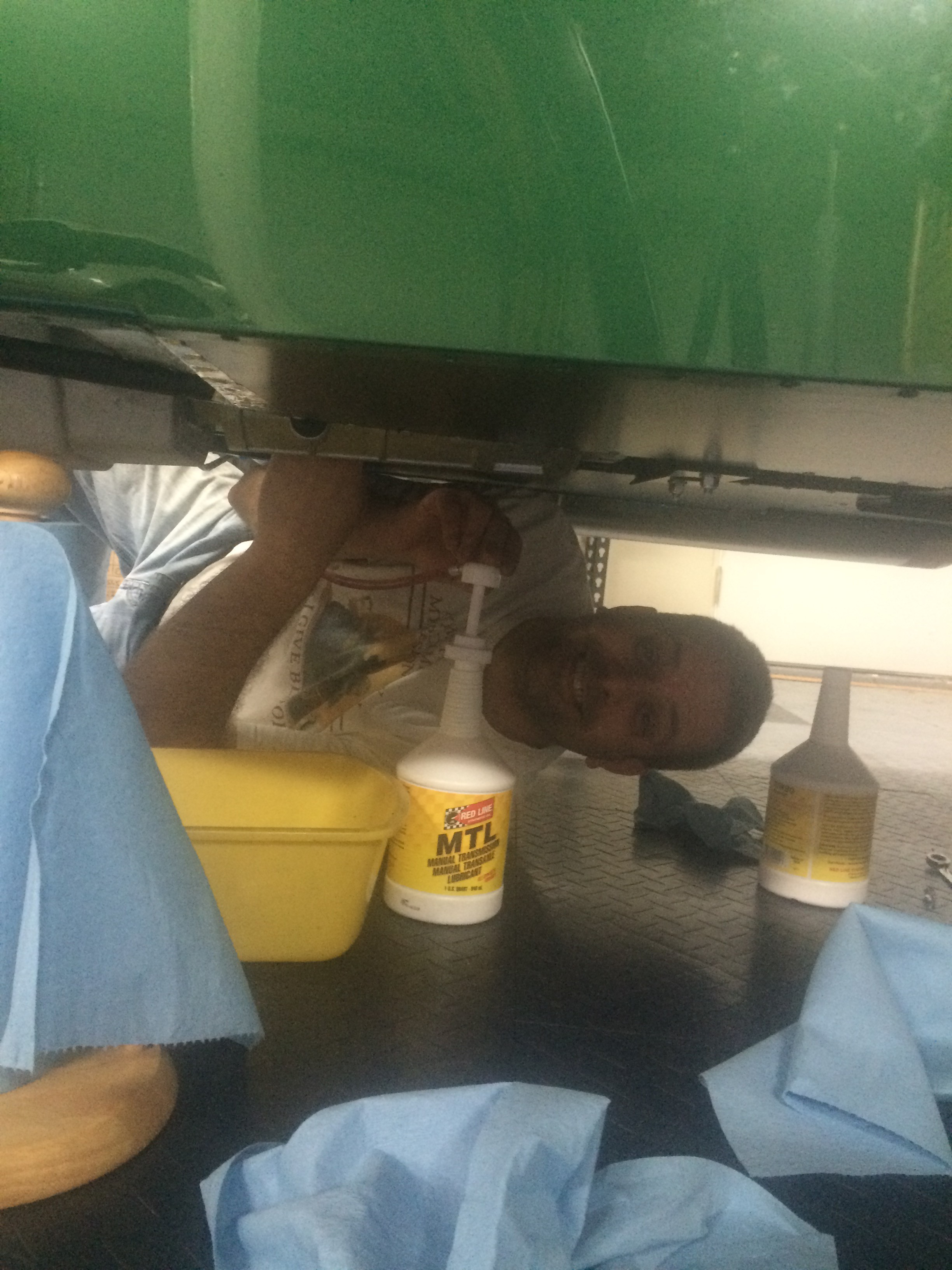 Feeling empowered by the success of the hand pump, we moved onto the diff. Equally as easy to fill, the only real challenge we had was I started with a 13mm socket which quickly became lodged in the drain plug. A rubber mallet, some cussing, and banging got it loose. For the record you want a 14mm socket, NOT 13mm, and the plug will come out super easy. The diff took a tiny bit over a bottle of Redline 75w80 along with the tube of anti-slip goop.

Kim then wanted a selfie before we quit for the day. She was a good helper so I indulged her… note the forced smile. I hate selfies. 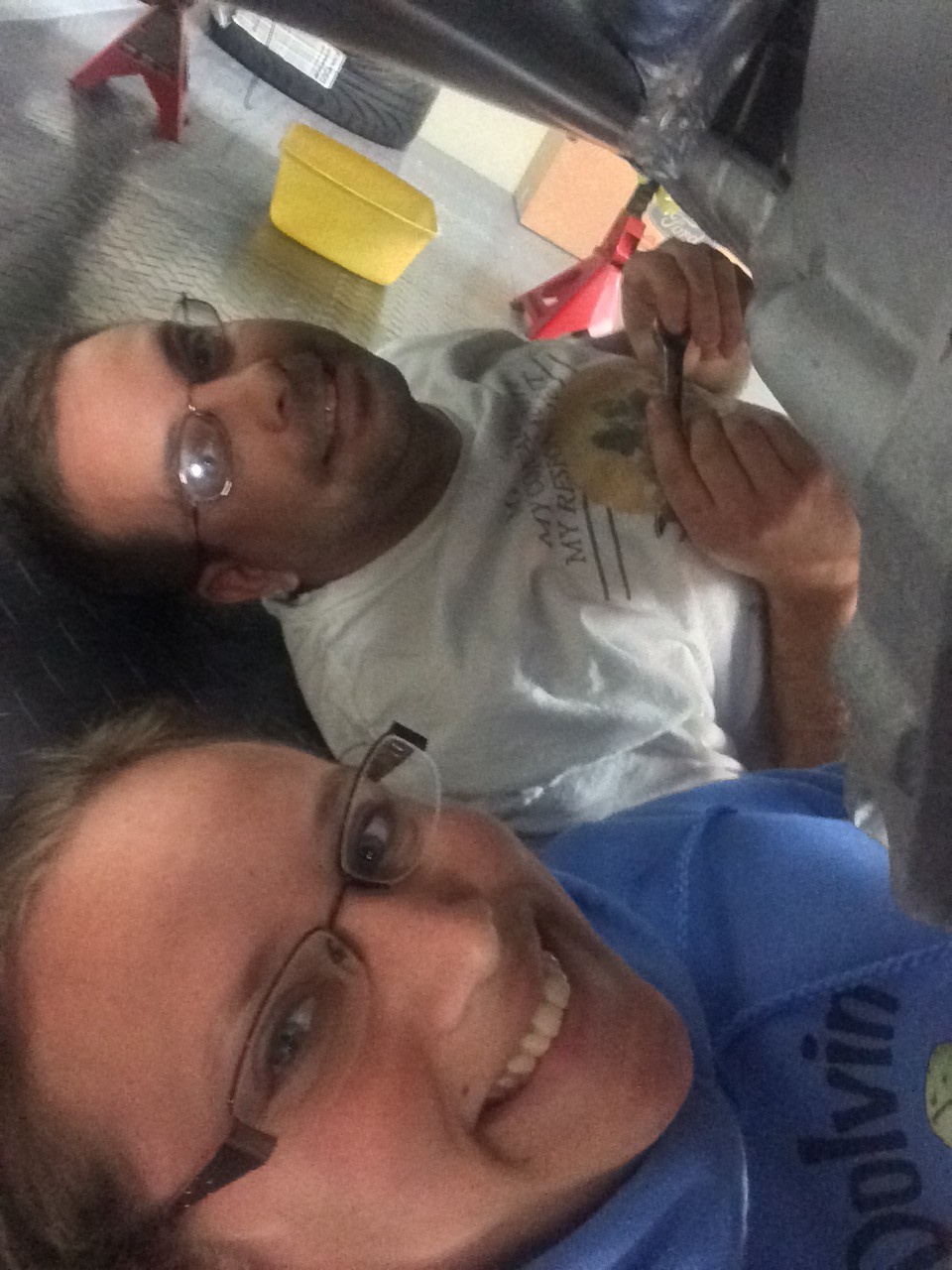