I started off the day unsure about which direction to head in. It’s been a while since I really had time to focus on anything and that was much the same today – I had just a couple hours after work to get some stuff done. After making a circle around the car, I figured I might as well start buttoning up some areas. First thing to tackle then would be the hand brake, that seemed simple enough. Getting the wrenches in there to tighten the two bolts was quite a pain in the arse, but with a little patience got it done. 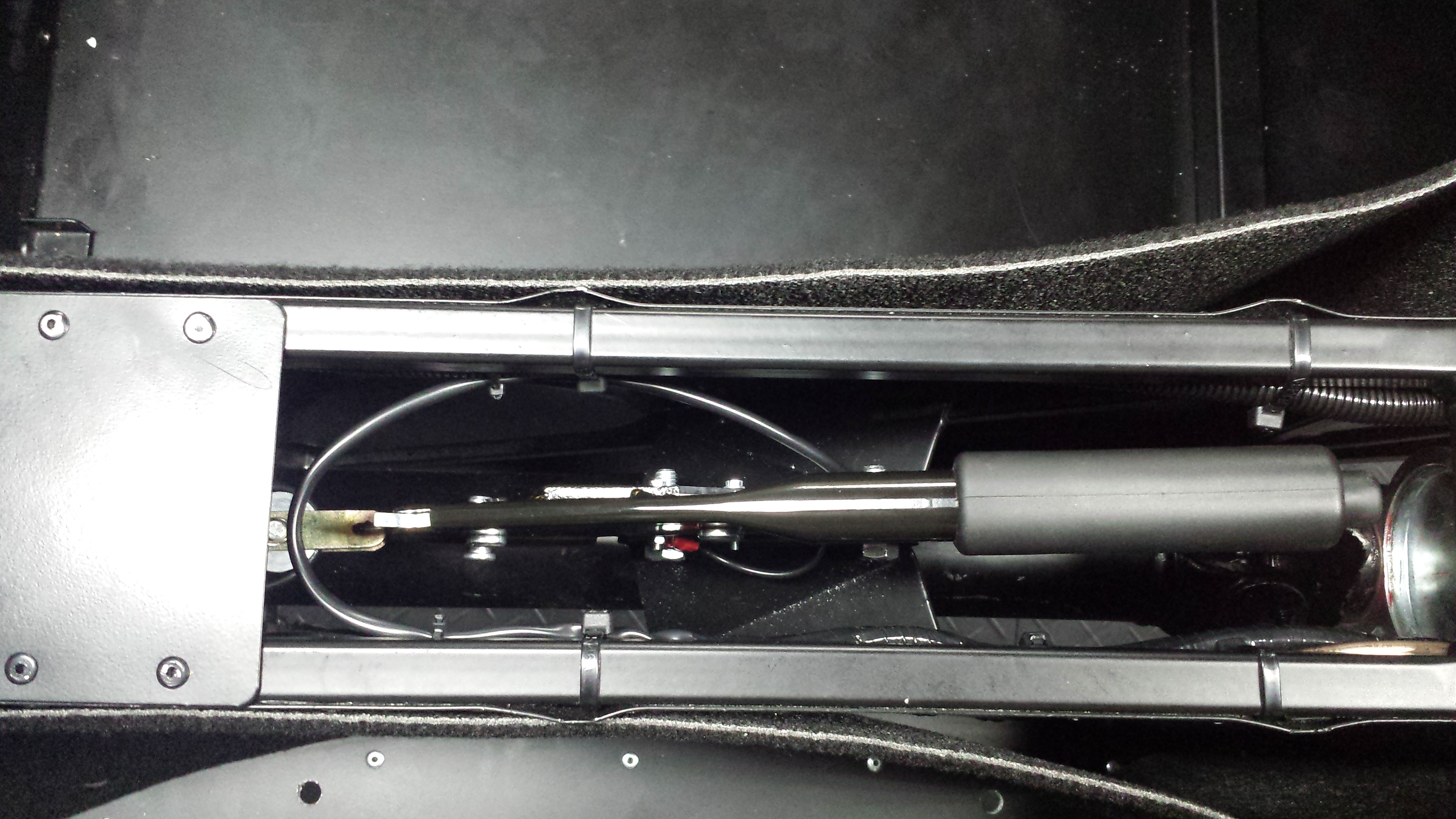 Since the handbrake was now tight, I moved onto the transmission tunnel cover which needed to be riveting into place. I had riveted a total of 3 times – when doing the P clips on the DeDion tube – and that didn’t go all that well. With a bit of trepidation I attached the trans cover and got to work. The first rivet went in just fine. The second, also fine. The third… not so fine. It snapped off prematurely and the result was a nice scratch down the top of the cover. This will be hidden from view so not a big deal, but still put me in a foul mood. Eventually I got the hang of it though and finished them all off with the hand riveter. 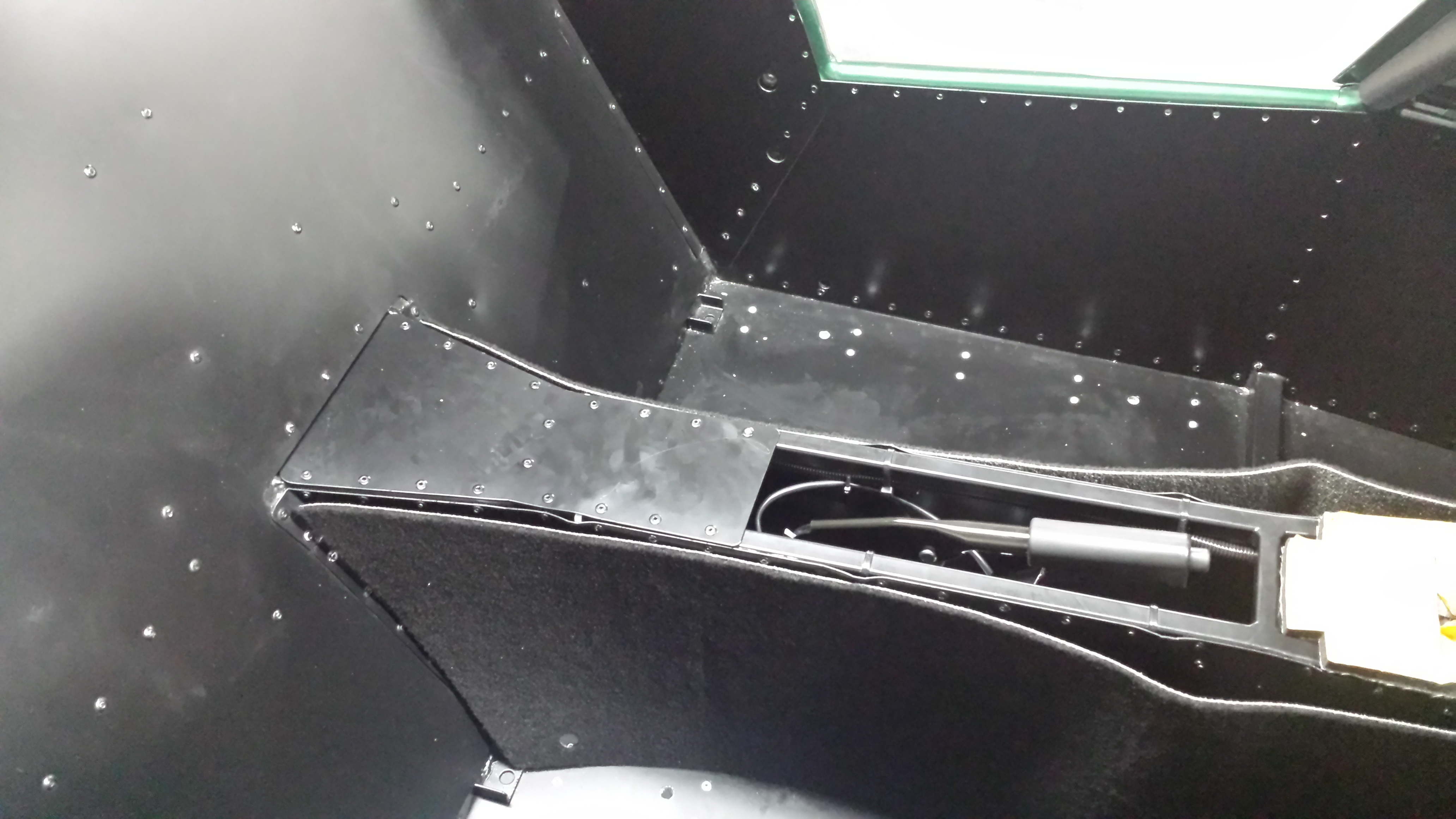 After the rivets were in, I turned to the boot board which was in need of a second coat of polyurethane on the last side. After that I’d be able to get it back into place and continue getting the boot carpet sorted. 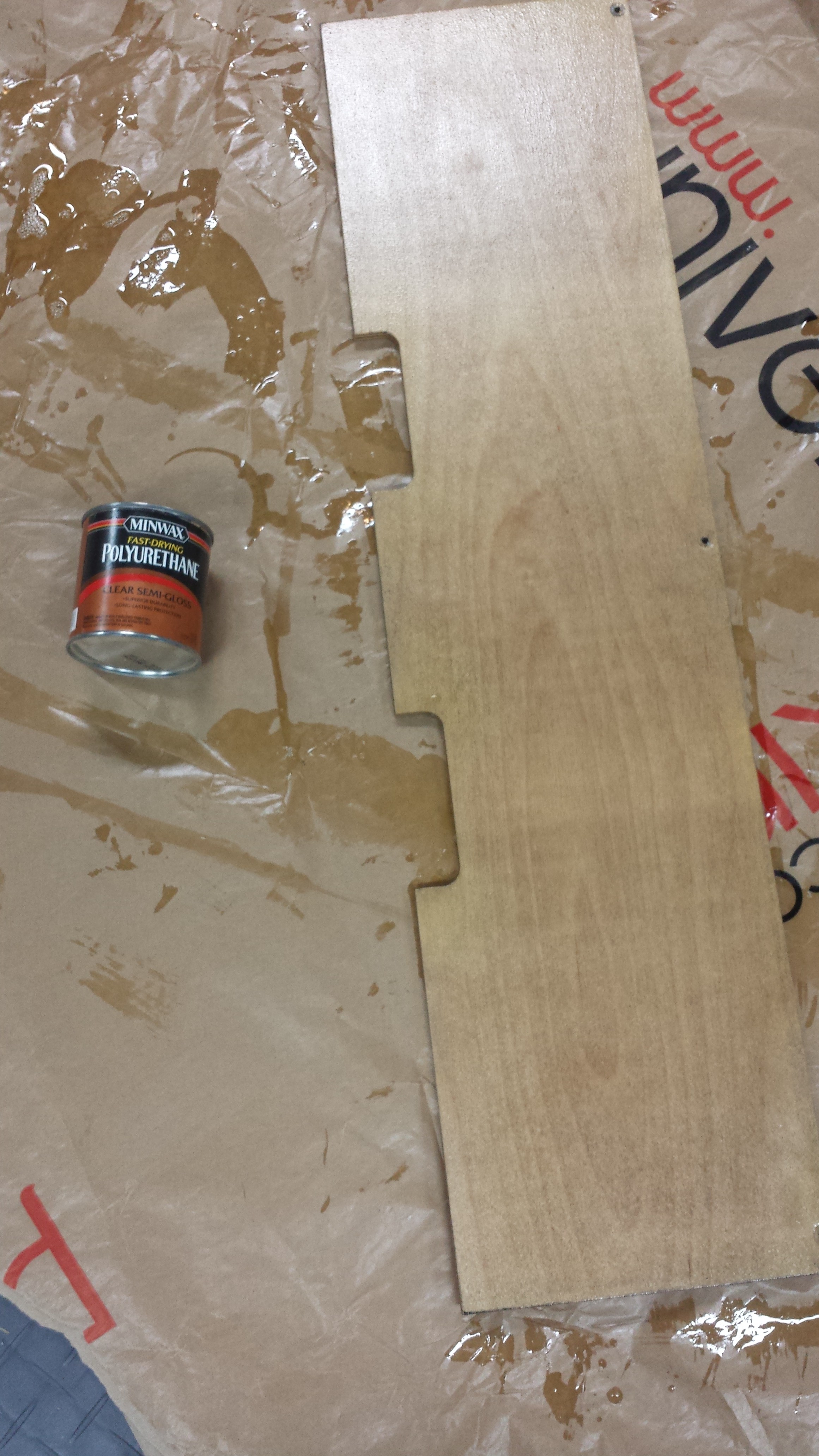 While the polyurethane was drying, I moved onto the cockpit trim piping and door sills. I had a feeling this was going to be a bear to deal with, I was right, so played around with how everything needed to fit, what would make the most sense to start with, etc. and generally just getting the process figured out. I quickly set that aside to tackle something requiring less patience and time.

The next job I picked up was the exhaust. I was a little mentally tired after a long day at work and a simple exhaust install fit the bill nicely. Something Adam and I had discovered over the weekend is the exhaust studs on the stock motor need to come out as they aren’t used by Caterham. Getting these out was easy – just put a socket on it and crank them out one by one. 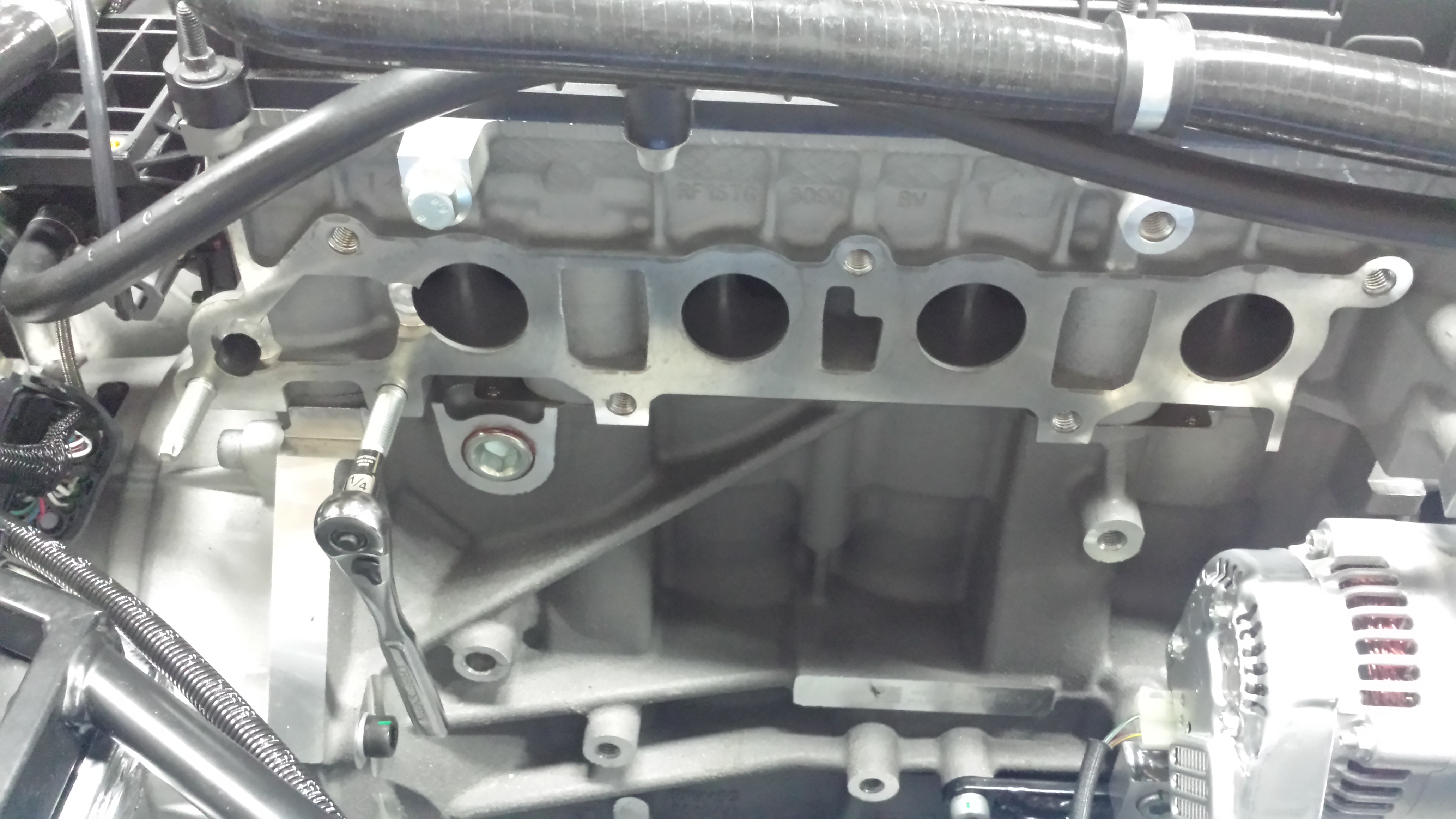 Everything went in according to the manual, no surprises, until I got to the very last exhaust header coming through the side exit. What a pain that was. After trying it every which way, and nothing fitting at all, I resolved myself to take off the coolant lines near the top of the came cover. With those off I was able to get the flanges just SO CLOSE… but not where I needed them to be. In the end, I finally figured out I needed to take off the #2 cylinder exhaust pipe and leave that loose, move it slightly over and down, which allowed the #1 cylinder pipe (or fourth you put in, you work backwards) to pivot and swing into place. With the pipes in I moved on to the collector and springs. I’d read in build blogs the springs are fiddly little pieces of kit and quite difficult to get into place since you need to almost compress them fully. Thankfully, I think it was Tom Woods, who discovered you could loop a wire tie through there and use that to hold the spring taught while you get it into position. Only problem was I had one hand / screwdriver on one end of the spring, another hand / screwdriver on the other end of the spring, and needed a third hand to get the zip tie tight. Finally arrived at the conviction that my teeth would be useful for this purpose and it worked a treat. Springs compressed and into place in under 5 minutes. Thank you build blog community! 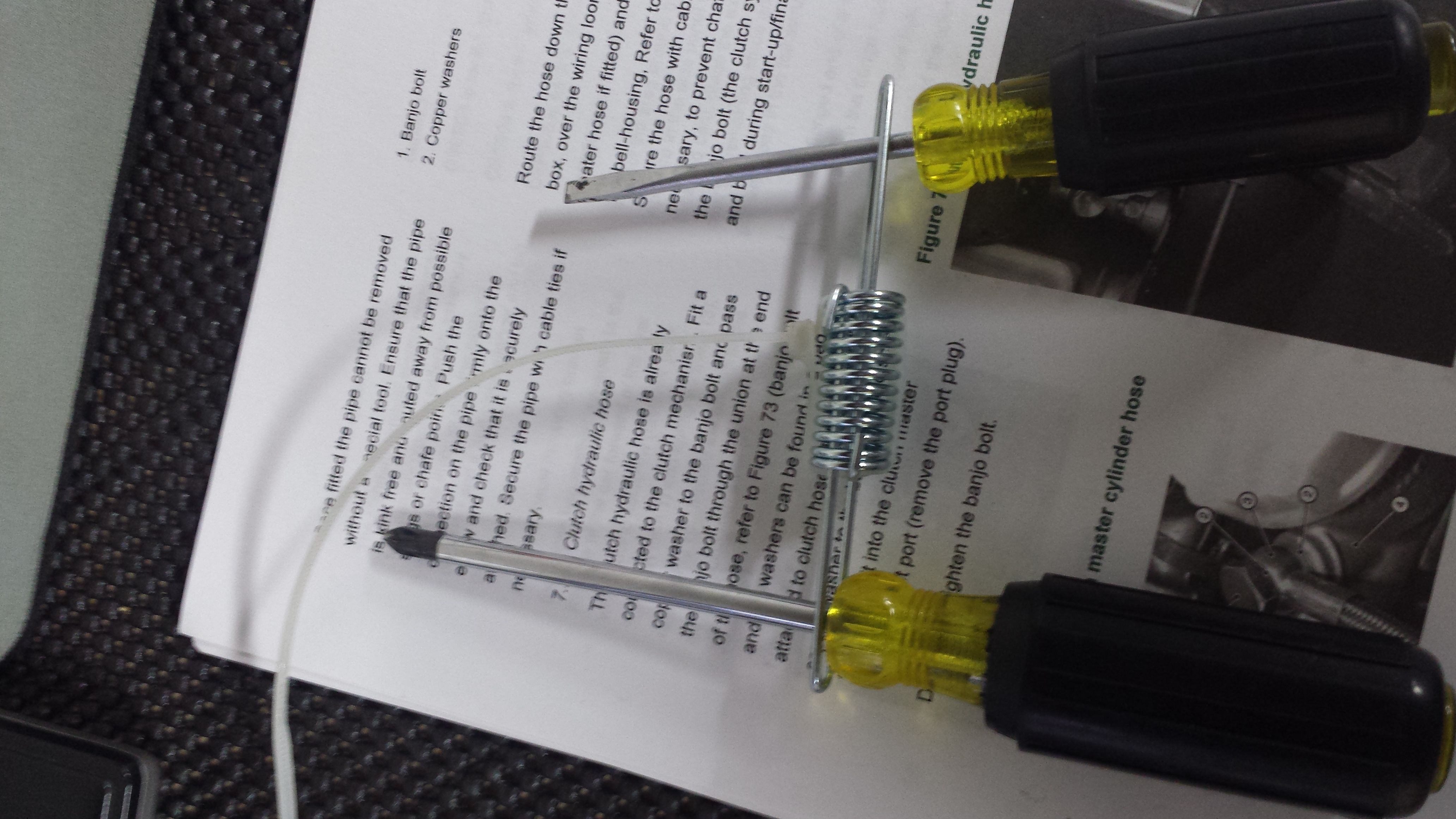 With the springs on the collector and exhaust pipes I moved on to fitting the exhaust. I’ll need to take this back off when I fit the rear wings, but for the moment went ahead and put it on. It’s fairly easy; just attach to the collector with the band clamp and then the other end to the bracket. The heat shield for the collector goes on with two band clamps, again straightforward as mentioned in the manual. 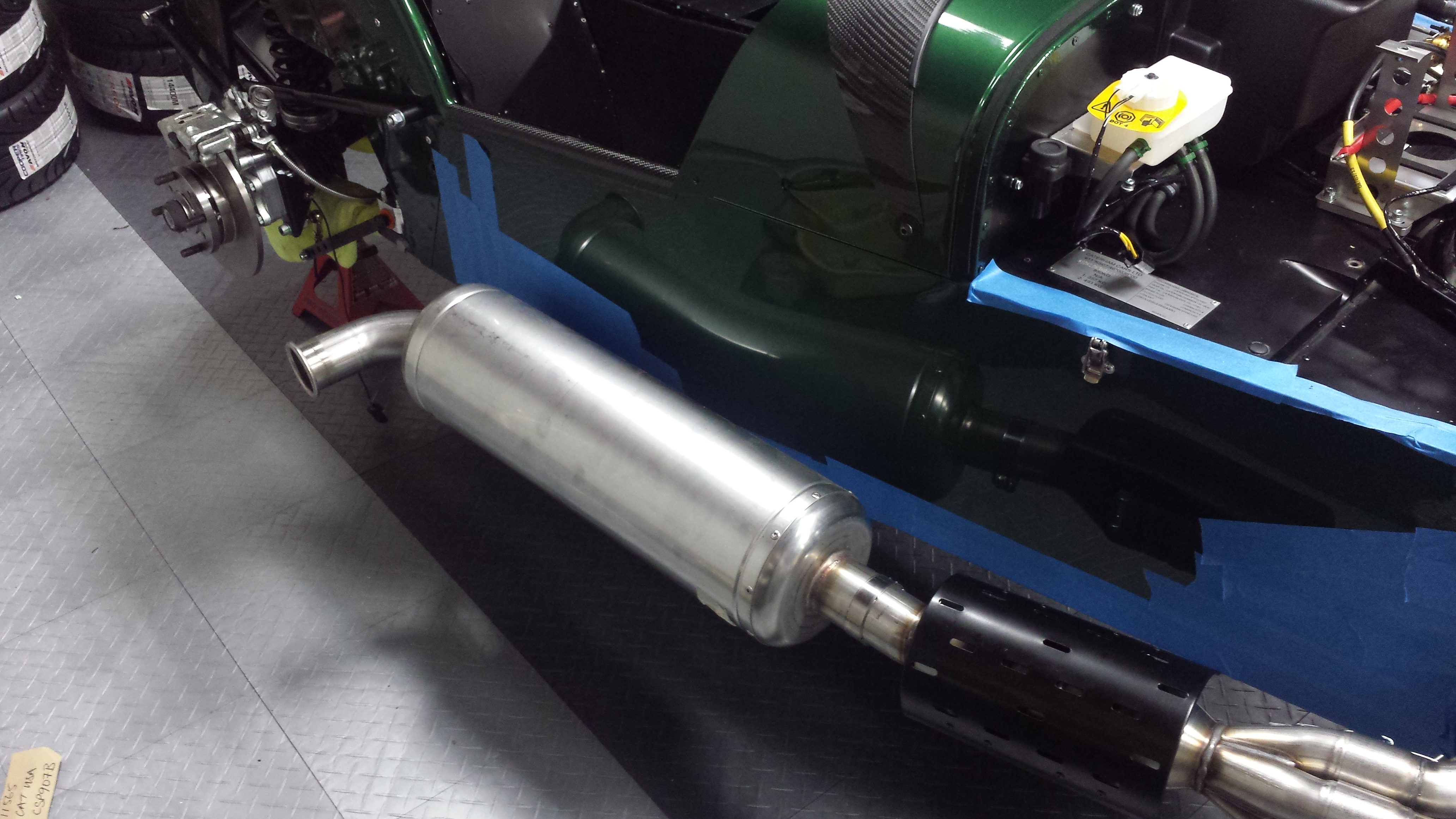 I also purchased the heat shield for the exhaust but did not get any band clamps with it. Will have to send Tony and/or Derek an email to get them sent out. I’m missing a screw for the throttle body sensor and the ring to spade terminal for the submarine pipe; maybe they can just put them all together and FedEx it out.

At this point it was close to 9pm and decided to call it night before starting anything else. It’s really starting to look like a car!! 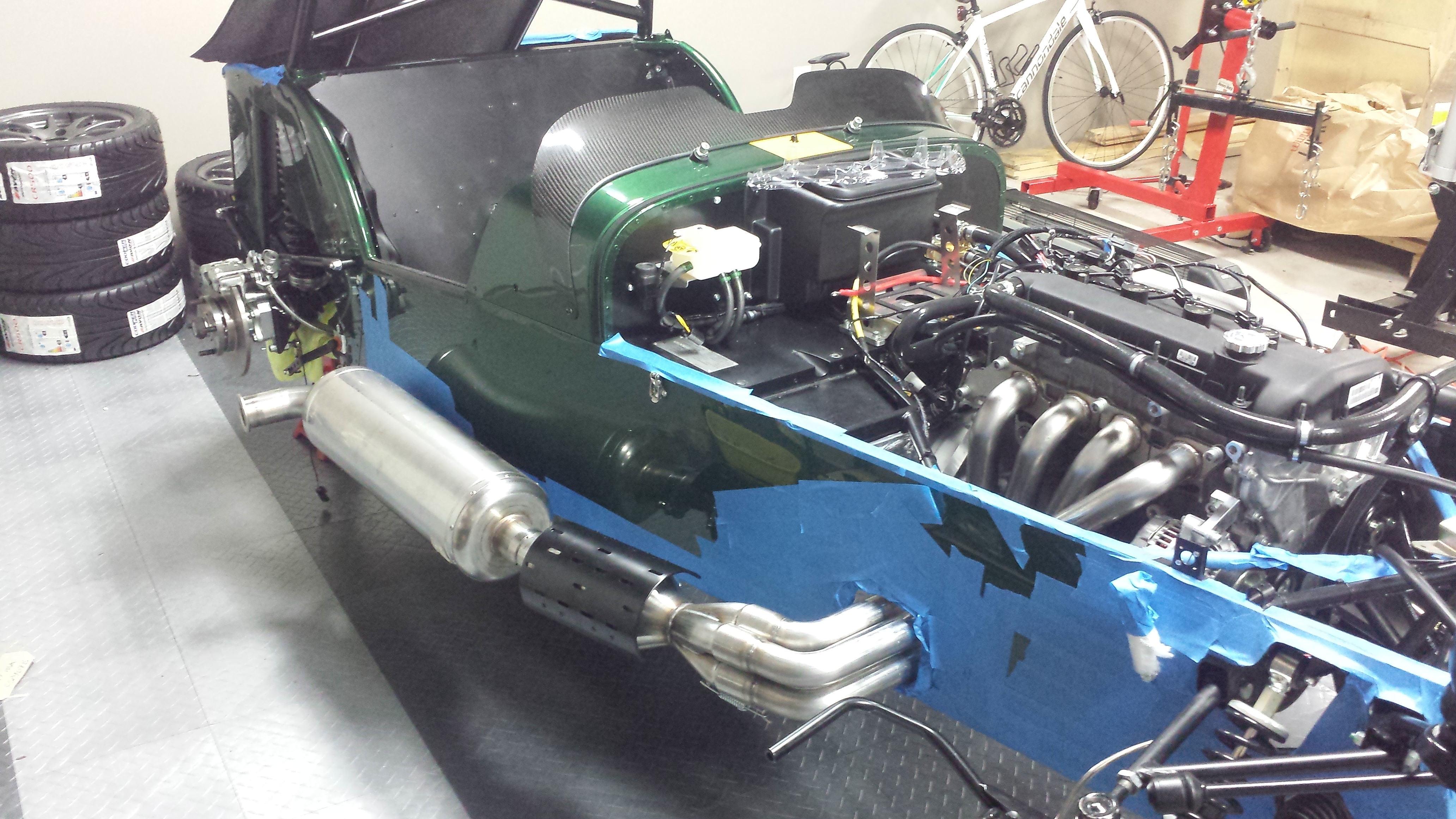