It was back to the garage full steam now that Valentine’s Day was over. I started the day with tightening down the pulleys so I could move onto the cooling system. These were much more difficult to do than I anticipated and realized I need the right tools. A quick trip to Sears for a strap wrench was a good choice; things went much quicker afterwards. Water pulley tightened and then moved onto the idler pulley (finger pointing to it, I think its the idler pulley) which turned out to be an issue. The pulley would spin, but required a lot of force to do so. 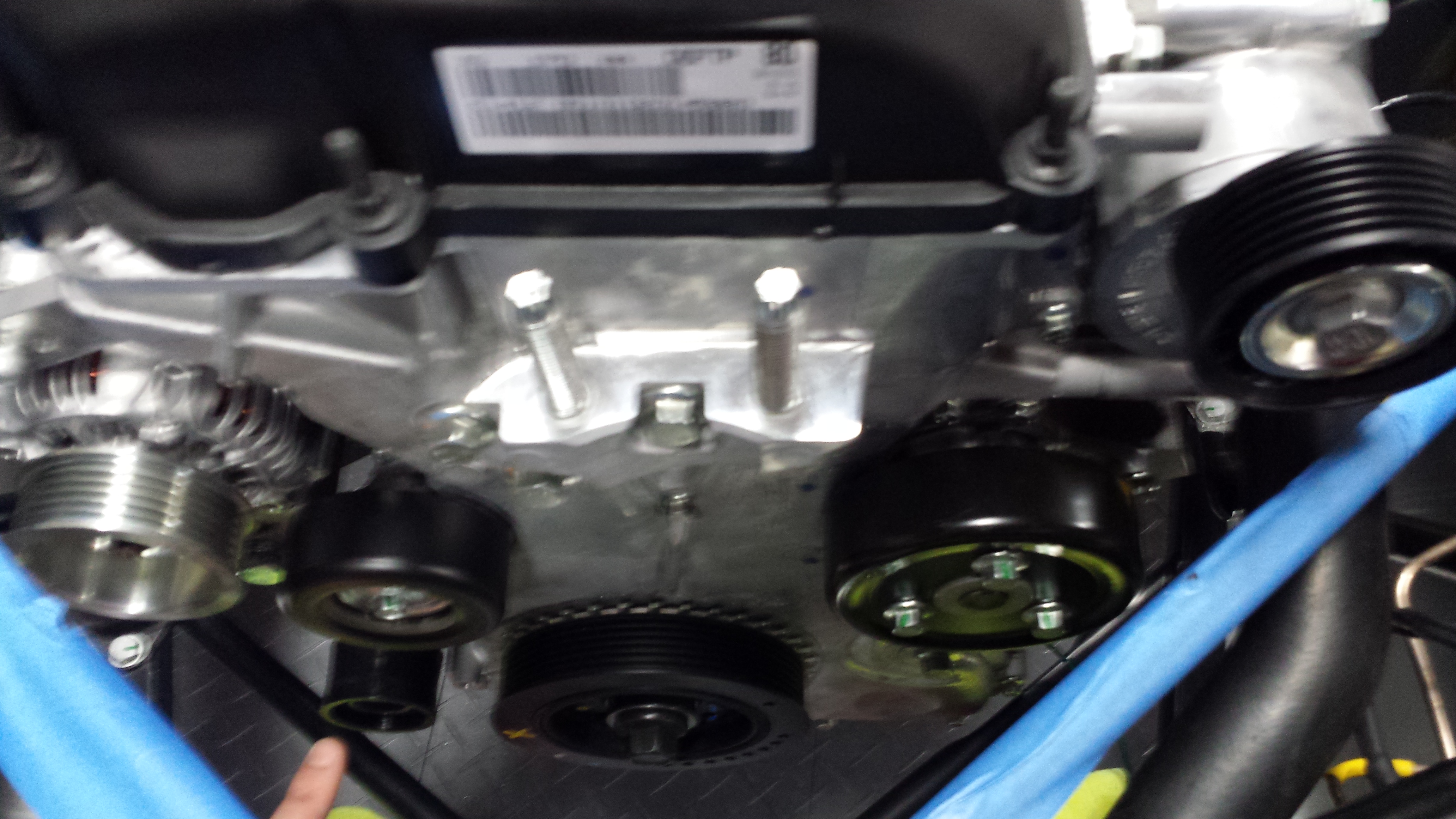 I was in a bit of a panic at this point since I felt maybe I’d done something wrong, but the issue turned out to be the bottom bolt from the mounting bracket wasn’t sunk in far enough and was dragging on the pulley. 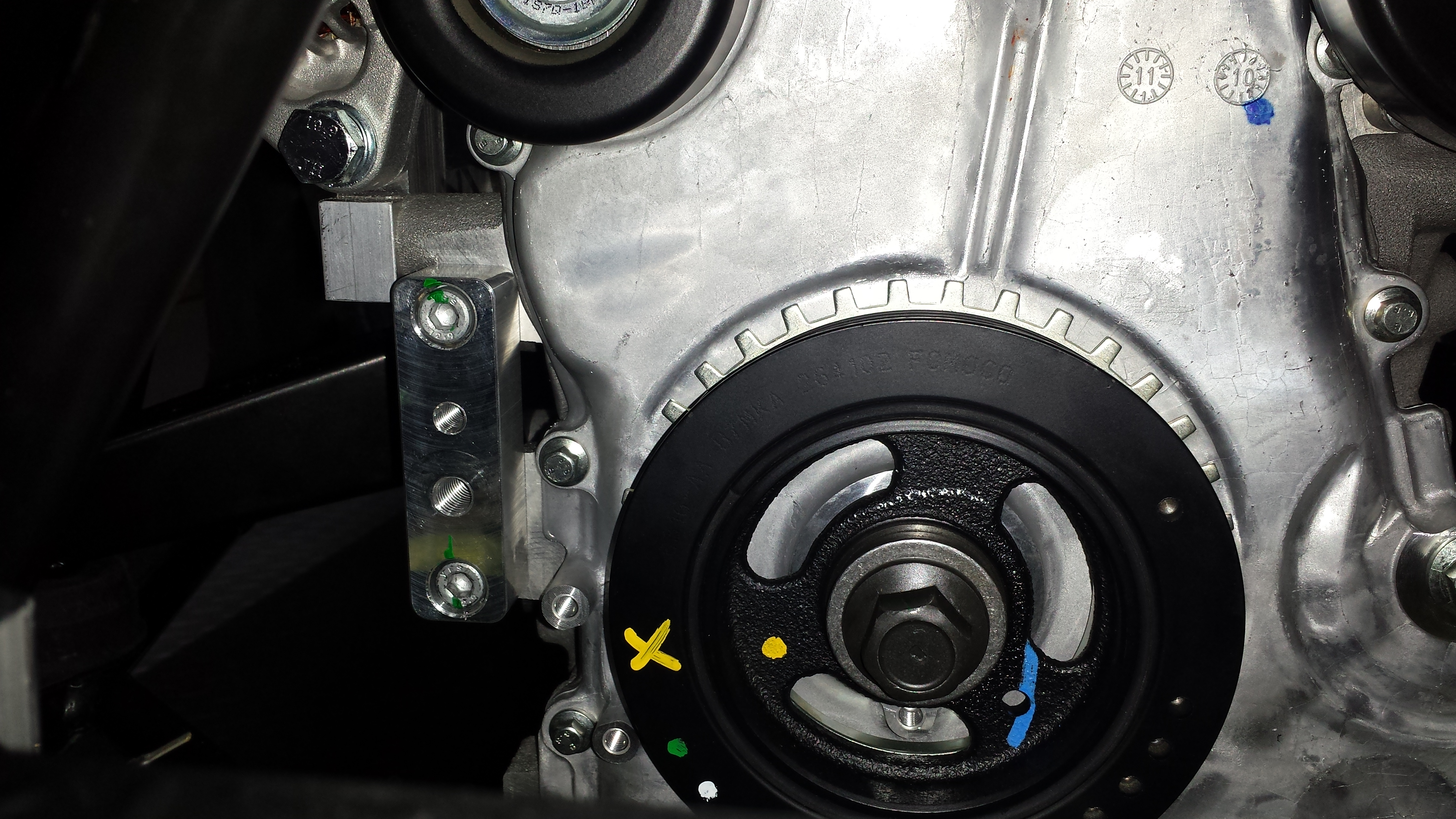 Fix was easy; backed out the pulley, the bolt, removed the spring washer, and added loctite then put it all back together. Pulley worked fine after that – it just needed that extra 1mm of depth. Next up was the belt. I’d read on Andrew Bissell’s blog to turn the top right tensioner bolt counter-clockwise with a 17mm socket then attach the belt. It worked perfect.

Next up was attaching the starter.

Torque specs between the Ford Hayne’s manual and the Caterham manual were different – I ended up torquing to the 35 NM required by the Caterham manual (with flat and crush washers under the bolts once I realized I needed them). Pic without the washers…

Next up I took off this metal tube thing in the middle of the pic below – no idea what it is – but the general consensus from other build blogs and a chat with Randy was it isn’t needed.