After a few hours sleep I headed back down to the garage to regroup. Progress was much slower on Friday night than I’d hoped for; largely because it was a learning experience in many intangible ways. Or what I hope will be tangible as I go along. Finding bolts in the bolt packs is a little daunting at first, but as you do it more you start to look at it with much less uncertainty. Ironically enough, after a few hours I was picking out bolts and identifying them by size, ‘M8 x 25 cap head bolt’ and boom, there it is.

As I was getting organized to start the headlights, I noticed the GoPro was out of batteries – again! When I was working Friday night it would run dry after about an hour and a half. A little peeved, I broke out the drill and a 1/2″ drill bit and put a hole through the case. It wasn’t quite the right size, so broke out the dremel and opened it up a bit more and viola! I now have a hole for the power so I can just leave it plugged in all the time. 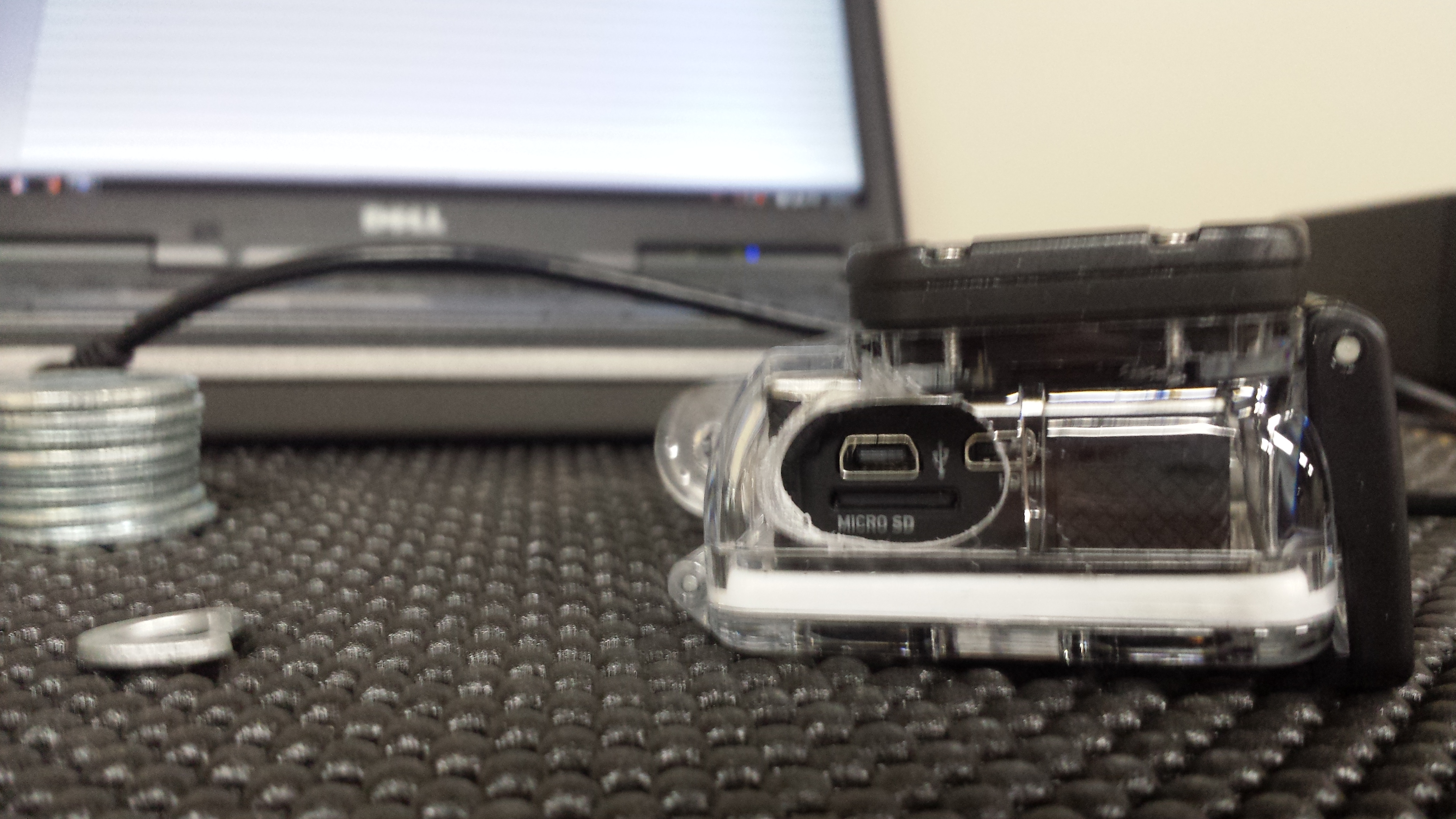 With the GoPro problem solved, it was onto the headlights so I could attach them to the upper wishbones and get them bolted in. I’d read somewhere, I think maybe it was in the manual or might have been a build blog, that its much easier to get the wires run properly if they’re done at the same time as the upper wishbones.

And that’s where I hit my first really frustrating point. Before, when I was working the suspension, it was fairly straightforward. The couple missteps I had Friday were because I was trying to learn the manual, learn the build process, and kind of figure things out as I went. I’ve worked on cars for a few years and can confidently say taking things apart and putting them back together the same way is pretty easy; following a paragraph of descriptive ‘English’, finding bolts (which may or may not be missing), and a diagram which does NOT match your setup in any meaningful way fundamentally slows (or halts) forward progress. I lack patience. I’ll be the first to admit it. This process is not for those who lack patience – you will be frustrated and pissed off very quickly. But I’m learning; perhaps this build-a-car-thing will enable me to improve an important life skill?

Now that I’ve waxed poetic, time to get back to the headlights. First step was to get the turn indicators mounted into the rubber rings and get the lenses put back on.

Once I got the indicator together I noticed the metal rings weren’t black as they should be. A quick search online revealed they should be; will have to address that with some black spray paint at some point.

After reading through the instructions a few times I couldn’t make heads or tails of the indicator wiring. I got the indicator mounted to the headlight housing easily enough, but the wiring on the indicator has bullet connectors on it while the manual says the black wire, which doesn’t exist as I’ve got just a red and brown wire, should connect to the headlight housing via a ring terminal and the red wire should go to the wiring harness with the other wires. I’ll have to table that for a bit until I can figure it out.

Since the headlight was on hold I went ahead and tackled the damper install. It was straightforward; essentially you pull out the bolt that comes shipped in the upper chassis mount and the one shipped in the lower wishbone. The upper one can be a bit of a pain in the ass. The body frame and aluminum sheet metal make for tight clearances and its hard getting an allen wrench in there. A little patience and finger work to get it out. Once out, insert the bushings in the upper and lower damper mount, along with a healthy dose of anti-sieze, and then assemble. A quick torque to 20nm and you’re done. Just don’t forget to torque down the upper wishbone first… you can’t get to the bolt once you get the damper in. I know from experience.

With that done I called it a day to go figure out the headlight wiring.