This post has been four months in the making and is truly epic in scale. I learned a whole bunch of stuff in the process and fixed a number of things so while frustrating, it was a productive process. It also resulted in an almost-fully-functional car!

The saga started when Kim and I decided to take the Seven up to Caffeine and Octane (C&O) over Labor Day weekend since it had finally cooled down a little bit and driving in the Georgia heat was bearable. On the way to C&O, about a 20 minute drive on back roads, the motor started sputtering and was down on power. If I stabbed the throttle open it would run better, but it felt very sickly, which was odd as the car had been in the garage for the last few months due to my travel schedule, work, and the summer heat.

I pulled into a parking lot after it got worse – it felt like we were down a cylinder – and popped the bonnet off. I stood there scratching my head trying to remember if I had changed anything in the last two months and the only thing I could think of is that I had been trying to get the coil cover to sit a bit better (it rubs the bonnet quite badly). Had I maybe plugged / unplugged some wires in the process? I couldn’t remember so I did a quick unplug / check pins / re-plug, look for dripping fluids, and fired it back up. It started on the first push of the button and hummed a long fine so shrugged and pulled us out of the parking lot.

We made it about 500 feet before the motor started sputtering again (this is a clue!), but we were just down the street from C&O and I decided to continue on by nursing the throttle when it felt like we were getting into the stall zone.

C&O was fine, but I’m finding that I enjoy it less and less. It’s way out of control – engine revving, WAY too many people, endless traffic in and out of the parking lot, and it makes my anxiety level go through the roof to leave the car alone. Case in point – I was 10 feet away and had my back to the car. I turned around and there were two kids sitting in the car flipping switches with the mom and dad standing there taking pictures of them! I stood there aghast as I watched the kids yank and pull on everything – the metal buckles of the seat harnesses clanking against the bodywork and paint – then dismount by standing directly on the exhaust silencer and carbon side sills. The two kids were no more than 8-9 years old, so I don’t think they could have done too much damage, but I was freaking pissed. There’s a certain level of etiquette to expect at car shows you know?

After that Kim and I left as I was nervous about the motor and frankly just wanted to get the car out of there. We made it out of the parking lot without issue (another clue!)  and started the drive home when the motor suddenly died in the middle of an 8 lane intersection and expressway off ramp. No big deal, I’ve stalled a car a million times before, so shifted to neutral and pushed the starter. Nothing. Didn’t turn over, didn’t hear the fuel pump humm, nothing. The light flipped from green to red right about then and we were still stuck right in the middle. I flipped the ignition off, gave it a few seconds, flipped it back to position II, mashed the starter, and waited while I heard it crank, and crank, and crank, then…. WHOOSH! back in action. I mashed the throttle and got us out of the intersection right about the time a wave of cell phone wielding soccer moms in SUVs came flying off the exit ramp. We made it home shortly thereafter without further incident, but the motor was running like complete crap the whole way.

Once home I ran through a series of diagnostic steps:

My hunch is the 992 ECU needs to go and I need to get a better ECU solution, maybe the 9A4, with SBD’s Duratec map.

At this point you can read the USA7s post for the entire detailed saga, but essentially I managed to create one problem after another. Towards the end of the saga, Kim sent me the following with a note that said “Caterham ownership is like a day in the life of an entrepreneur”. I laughed. 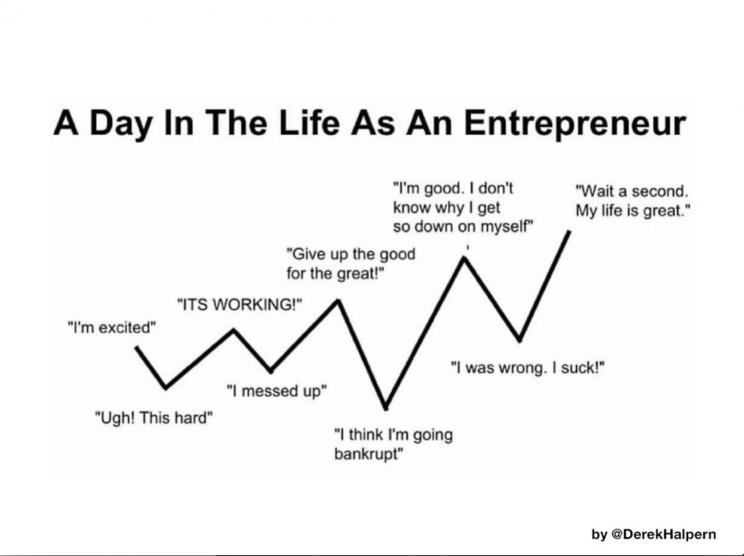 As I mentioned in the USA7s post, I tossed an email to Caterham while I waited for the CAN-to-USB cable to arrive to see if they had any ideas and to see if there was a way for me to read the ECU or at least test it. They replied there was not and that it would have to be sent back to the UK to be checked. They also provided a list of troubleshooting ideas and suggested I move around the ground wires to another spot on the scuttle.

On a gorgeous Saturday morning, sun shining because the sun only comes out when the car is broken, I set about doing what Caterham had asked me to do. The CAN-to-USB cable hadn’t arrived yet so this was a chance for me to keep making forward progress on the car (I think, my memory of exact time line is a bit fuzzy). I took off the intake manifold, moved associated hoses, cables, etc. to get to the engine mount to chassis bolt, and took off the ground wire. During that time the motor shifted by like 1mm and couldn’t get the bolt back in.

The next 3 hours involved a lot of cussing and frustration as I loosened all the motor mount bolts, while supporting the motor with the floor jack, and re-attached all the bolts. I need a lift – doing this stuff laying on my back under some floor ramps is for the birds. I noticed the bolts going from the motor mount to the motor were seemingly loose during the process of aligning the right side. Sure enough, none of them had spring washers on them. A quick review of the manual revealed they should. I then repeated the last 3 hours doing it all again, this time putting spring washers on each of the bolts. Sensing victory at last, after a full day of working on my back behind me (pun), my last task was to attach the ground wire to the new location…

… and the ground wire was 15mm too short. I was mildly perturbed the cable didn’t fit – they should know that – but I fixed an unknown problem with the spring washers in the process so I’ll accept it as a win. I then traded emails with Caterham on and off for a few weeks checking different things, most of which I’ve already covered on the USA7s post so won’t cover in more detail here. Caterham ended up sending me a replacement TPS, throttle body, longer ground wire, lambda sensor, and a new ECU with a new program map (I RMA’d my ECU to them). That was all in tandem to fitting the new 9A4 ECU from SBD.

So what was the root issue? It’s hard to say because I basically replaced every sensor on the engine, but I think it was ultimately a bad map in the ECU. The ECU wanted a TPS voltage of .42V to hit throttle site 0 and I couldn’t get the car to run at anything less than a TPS voltage of about .89V. I’ve got a great idle after switching to the new 9A4 ECU and a tune from Steve at SBD and the TPS is sitting at 1.17V to hit throttle site 0. Having the TPS voltage so much higher – roughly 3x – put the throttle site much higher and the ECU couldn’t correct for it. If I had access to the stock 992 ECU I could have probably fixed the issue earlier, with much less time and cost, but I understand why Caterham doesn’t want folks mucking with the ECU map.

What would be the best of both worlds, and maybe Caterham will do this one day, is offer the 9A4 as an option in lieu of the 992 and provide remote support for tuning at a fee. I was able to have SBD tune from the UK by using TeamViewer and WiFi and the results were great. I don’t see why Caterham couldn’t do something similar, or heck, even partner with SBD for the tuning.

The next steps for me are to get the Innovate LC2 wired into the 9A4 and to get the barometric sensor spliced into the loom. Once that’s done, I need Steve to do another tune on a rolling road which I’m hoping to do in the next few weeks.

I’ve put about 250 miles on the car in the meantime, being careful to stay away from high RPMs, and it is driving MUCH better. I’ve got a rubbing and vibration issue after moving the motor around so I’ll need to address that at some point, too.