I found some time tonight to head to the garage to work on a few of the issues that have popped up since the first few drive(s). They are:

I started with the easy task of adjusting the throttle body. To adjust the throttle body all you need to do is move the screw in the throttle body assembly that the spring sits on but the screw is blocked with epoxy. Dave Fernlahone has some great pictures on his site here. I removed the throttle body expecting to have to drill it out as Dave did, but the temporary nut I had on top of the adjuster screw was cross threaded and it pulled the whole adjuster screw out instead. This seemed oddly advantageous so I inserted a bolt back in through the throttle body hole from the top and torqued it down to push the epoxy out – no mess and worked perfectly. Then I backed out my epoxy-pushing-bolt and put the adjustment screw back in. I used a 2.5mm hex key to hold steady then put the small nut back on to hold it in place, once adjusted, as a lock nut. What I found when adjusting the idle is a quarter turn will take the RPM up about 500-750 RPM so only small adjustments are needed. It seems my engine likes to be a little high, in the 1500-2000 RPM range at idle. It’s still acting a little loopy though and swings pretty freely in that +/- 500 RPM range.

Didn’t make it to deal with the oil seeping out of the blue plug. Will tackle that another day.

Next up was to bleed the coolant system. I put it up on ramps since the driveway was blocked with Kim’s car and I don’t have the keys – not ideal, but should suffice. Since the engine was a little warm from adjusting the idle speed I started it up and let it run while slowly loosening the top radiator plug with a 17mm socket. After opening it a tiny bit some fluid seeped out, wiped it with a rag, and then let the car idle for about 5-10 minutes. During the idle I turned the heater on and off every few minutes to get the coolant to flow as much as possible throughout the block and coolant lines. The fluid level in the expansion tank dropped a tiny bit, so know some air got out, but not significantly which was as expected after the first BIG burp when Adam and I took it out a few weeks ago. I open and closed the top radiator bolt a few times while it ran and fluid came out each time so think all the air is out of the system now.

After the radiator was done, I moved onto the back of the car to see if I could figure out what the issue was with the metal-on-metal noise. I found no obvious culprits but did notice that the universal joints on the drive shaft had flung grease all over the inside of the transmission tunnel. No idea if that’s normal or not? Will post to Blatchat or USA7’s and see what folks have to say. Pic below with the greenish goop all over the sides of the tunnel. 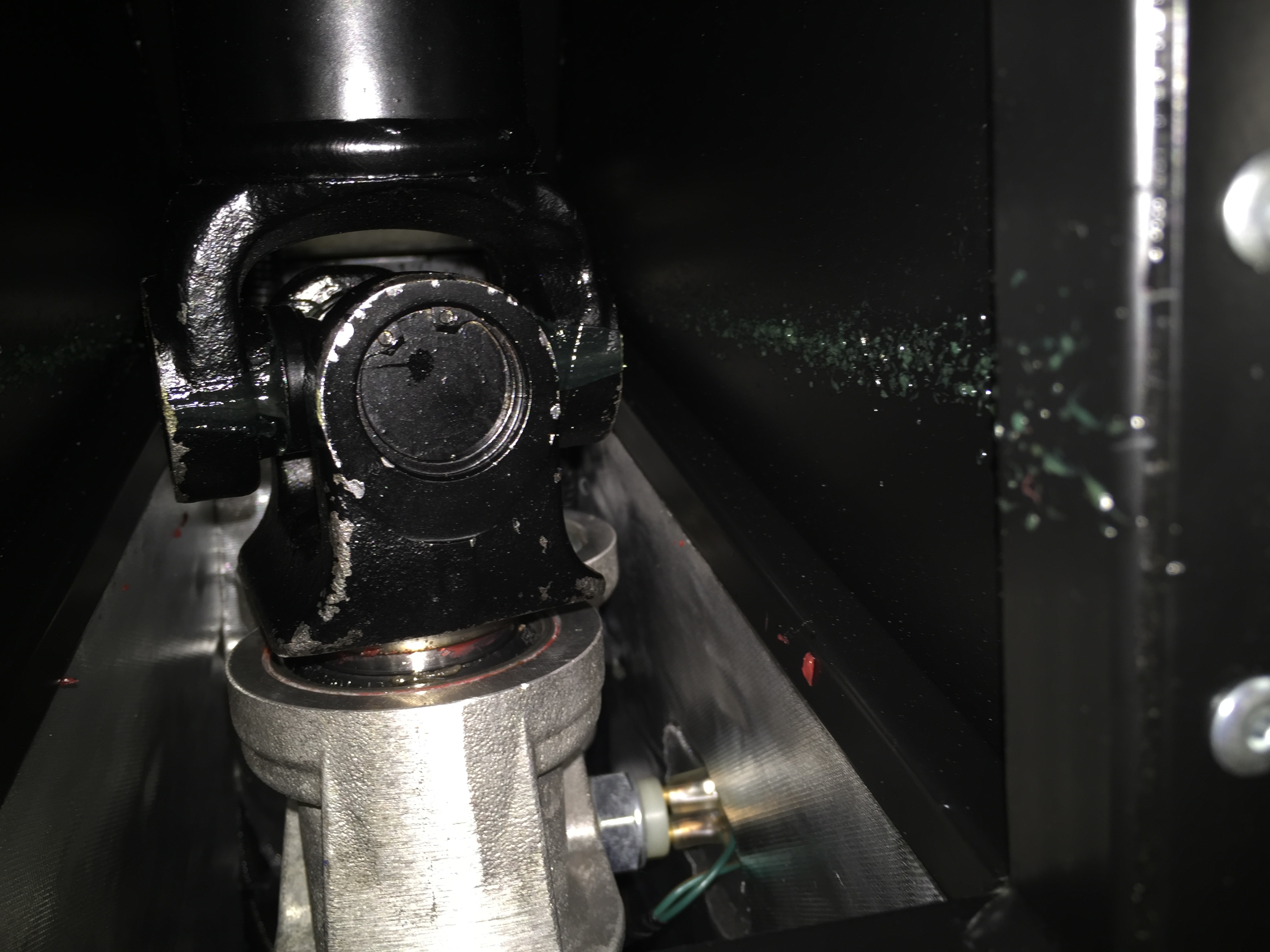 After that I called it a night. Total mileage on the car is 16 miles.

2 thoughts on “Getting on with the tuning”