It’s been a couple weeks since the car has been “done” but had a few issues to take care of since. Rather than post a whole bunch of posts I’m doing just one with the highlights from the last week and a half or so.

First up was putting on the correct shift knob that Caterham sent. I had been sent a silver 5-speed knob with the car but had a 6-speed transmission. Derek was kind enough to send on my choice of color for the 6-speed knob; the black looks great and better than the silver in my opinion! 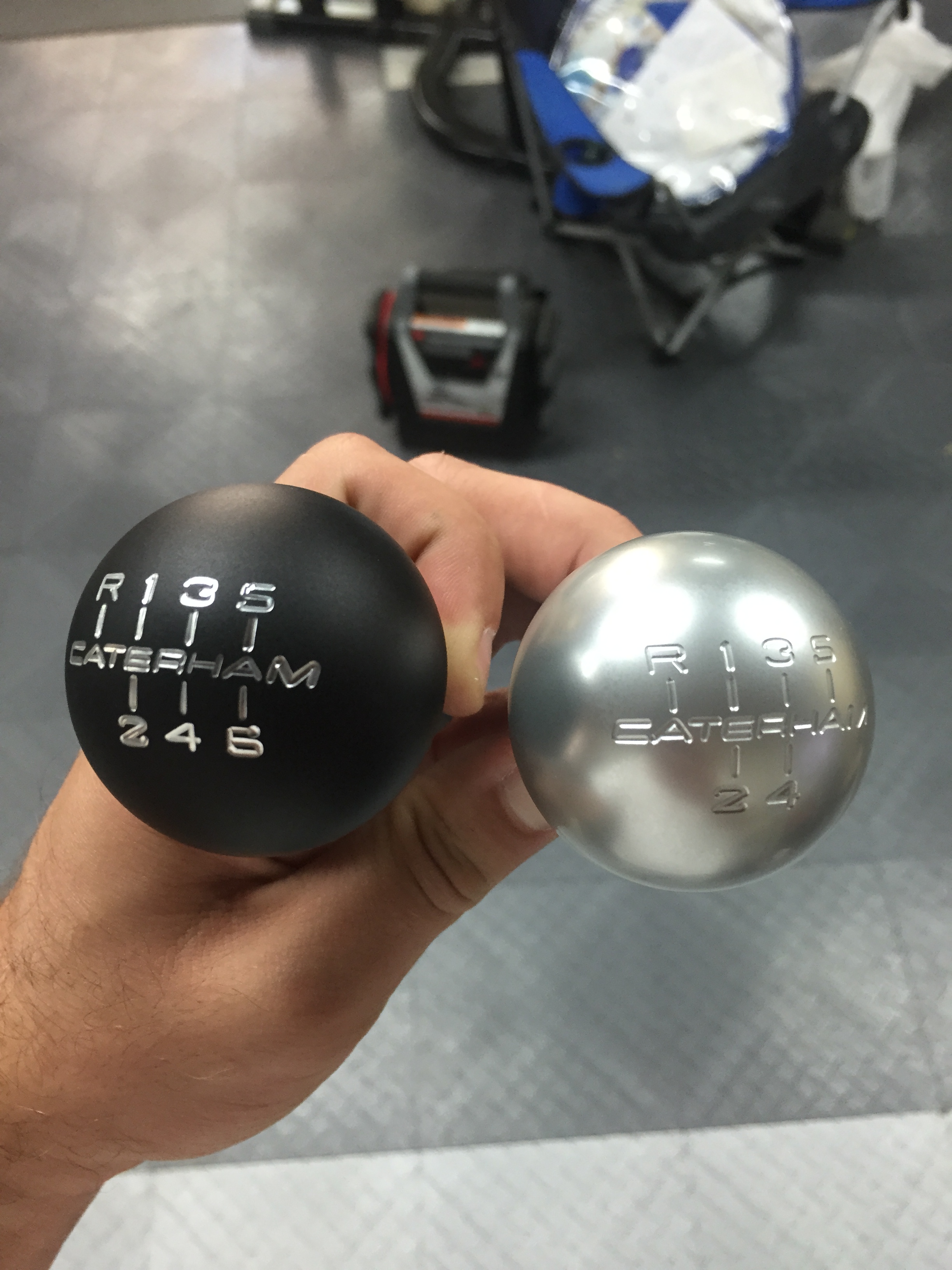 Next up was dealing with the oil leak from the first drives. After wiping down the motor and getting it clean, I gave the engine a start and let it run for a bit while watching the left side of the motor. What I found is the oil isn’t coming from the side of the block, but through the oil pressure sender which I’ll admit, I did not wrap in teflon tape. So out with the box end wrench, removed pressure sender, wrapped in teflon, then re-attached. A tiny bit of oil dribbled out but wasn’t enough to really worry about. Cleaned that up, retested, and no oil leak. 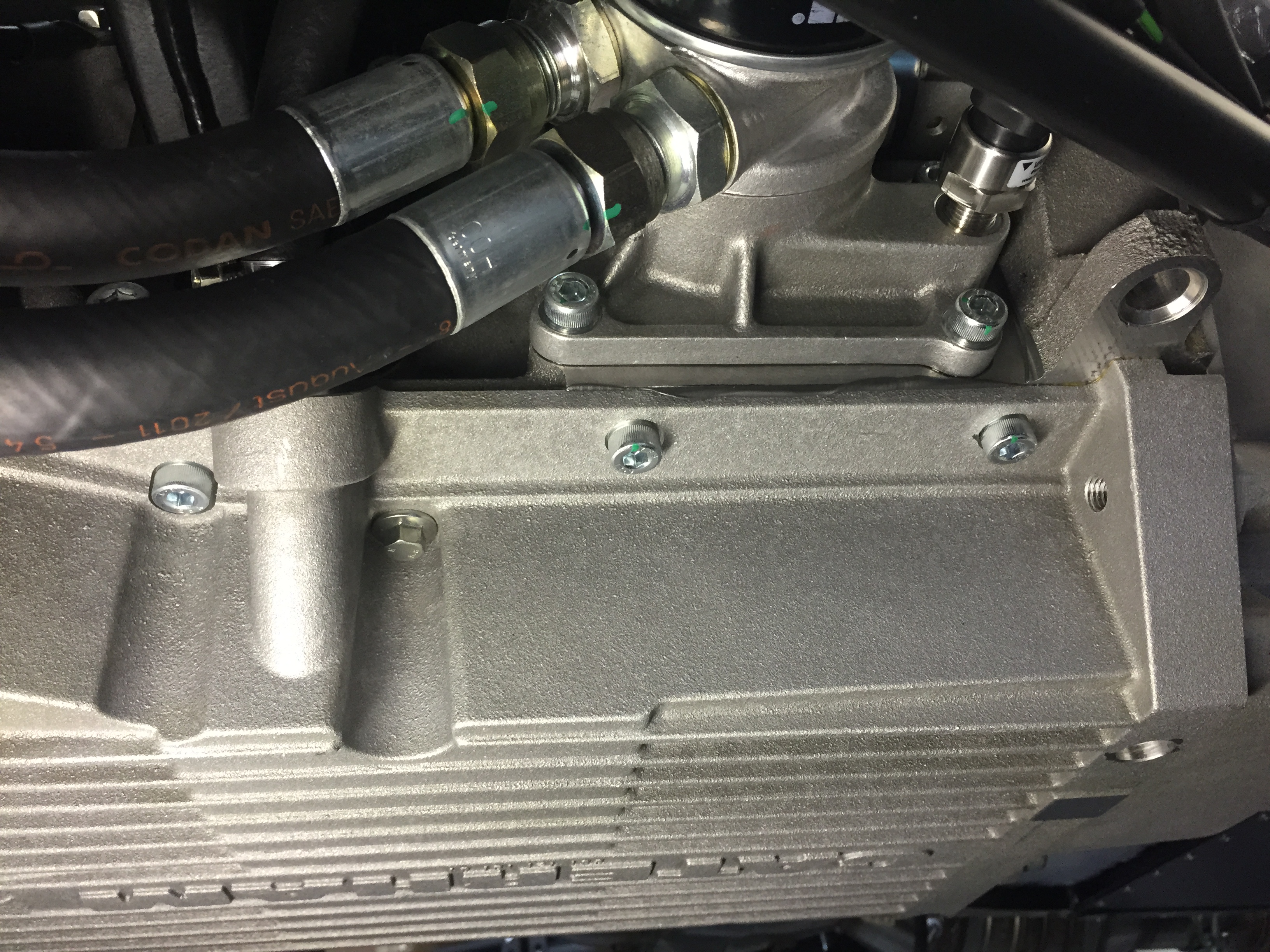 The other fix was to re-attach the upper steering bushing; you can see below how far it had worked itself out because the rubber knobs weren’t properly located into the dash during the build. I removed the steering wheel using a 3-prong puller then followed another build blog’s advice of using a small piece of 3/4″ PVC pipe slid over the steering column to tap the bushing into the dash. Home Depot had a 2′ section of 3/4″ pipe for $3 which worked perfect along with liberal use of silicone lubricant and a rubber mallet. 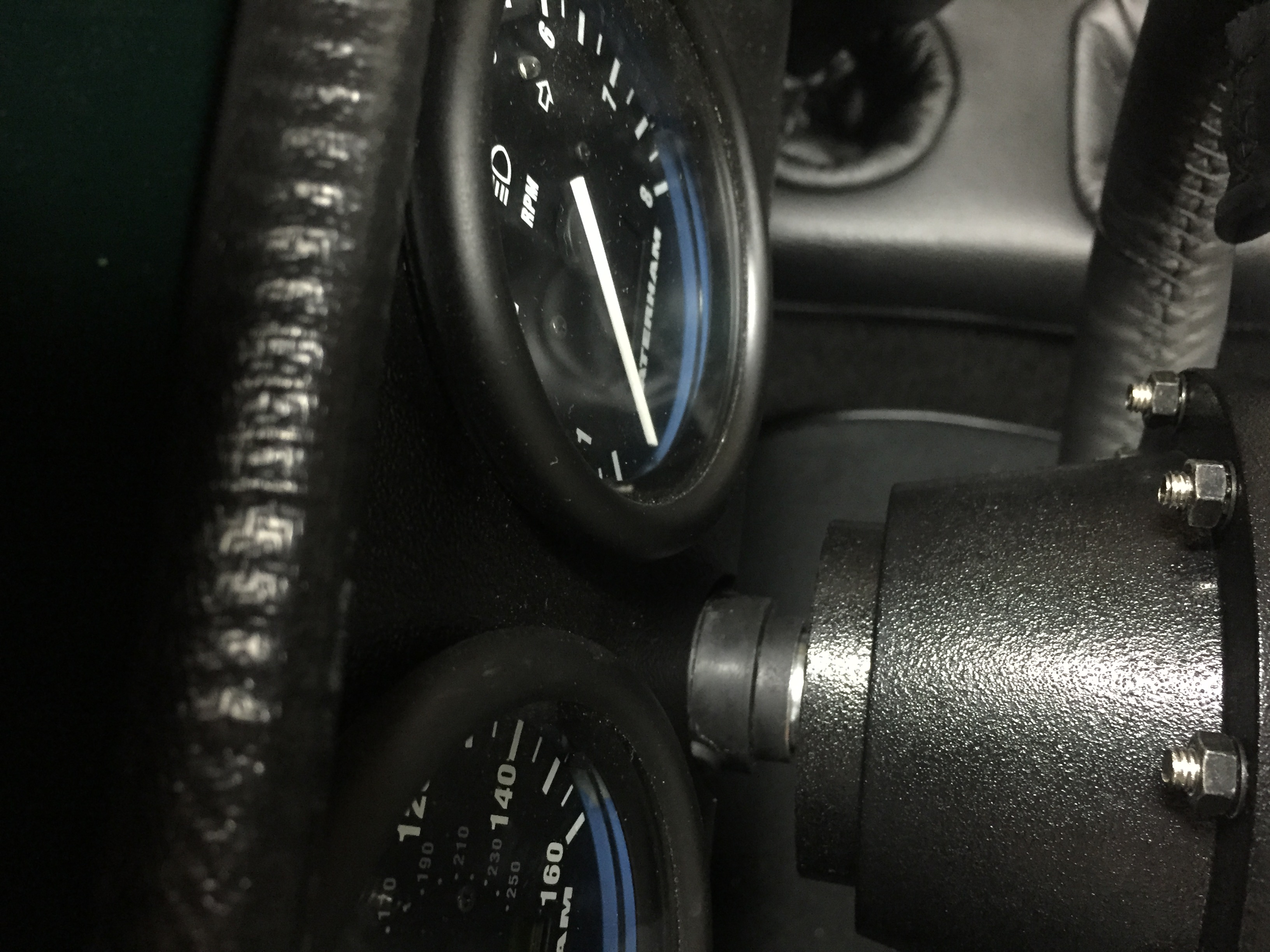 Another add was to coat the underside of the rear and front fiberglass wings with truck bed liner. The process went fine, but two notes – 1) that stuff STINKS so make sure you do it where there is ventilation and 2) that stuff gets EVERYWHERE. DO NOT TOUCH THE CAR WHILE WORKING ON THE WINGS. I was diligent and thankfully didn’t have an issue but did get some smudges on wings themselves. Water and a rag will get them off while the paint is wet, once dry though, it’s never coming off.

After driving the car a tad more I realized I was going to need to adjust the clutch pedal for a longer throw. I remembered reading a bit about this on Dave Fernlahone’s blog and his instructions were perfect. Getting your hands down into the footwell with a couple wrenches through the top access panel is a pain in the ass though, plan on taking a couple hours for such a simple job. Pics below of the footwell and the locknuts to adjust. The handwritten diagram on Dave’s site explains things really well. 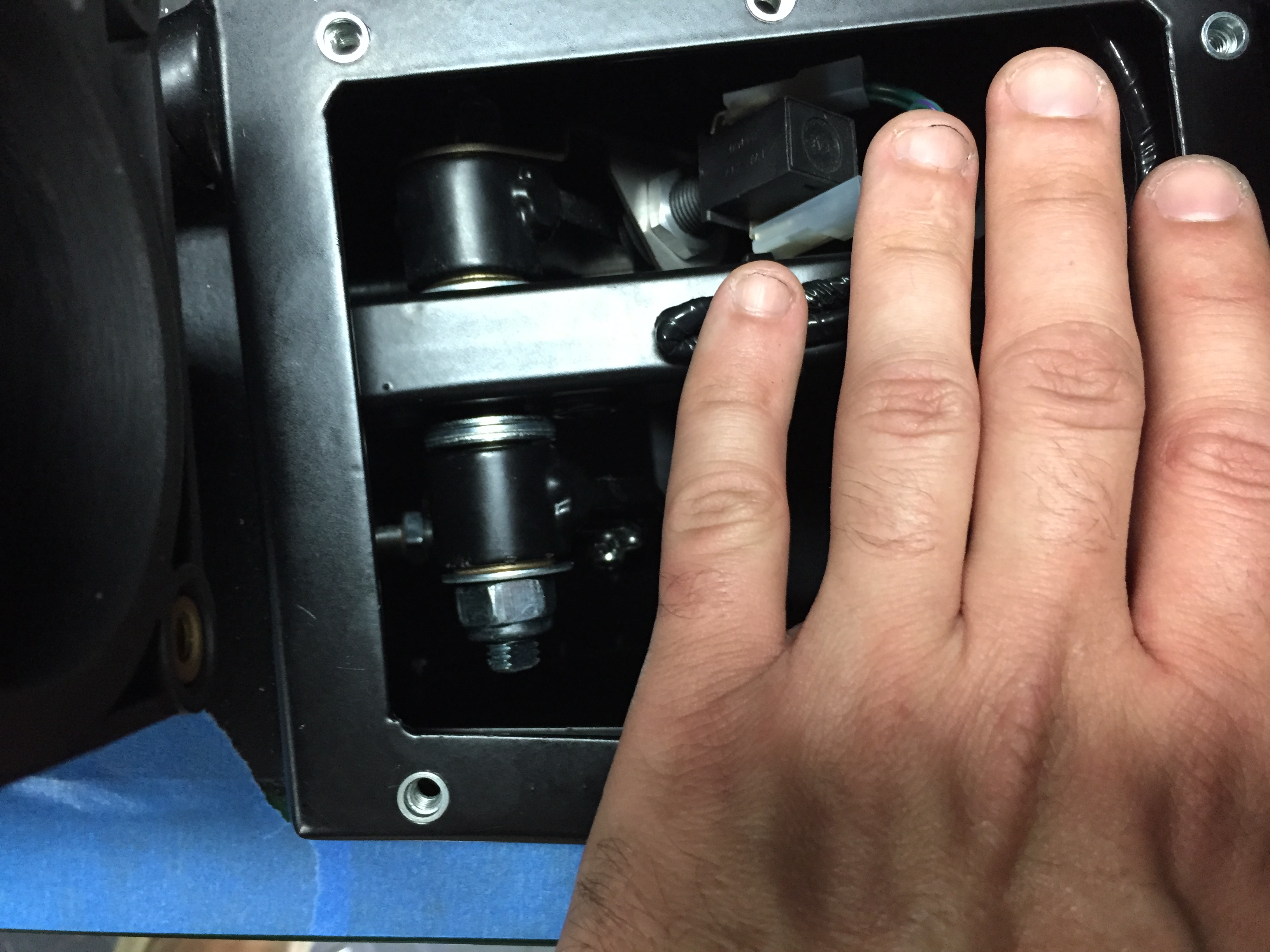 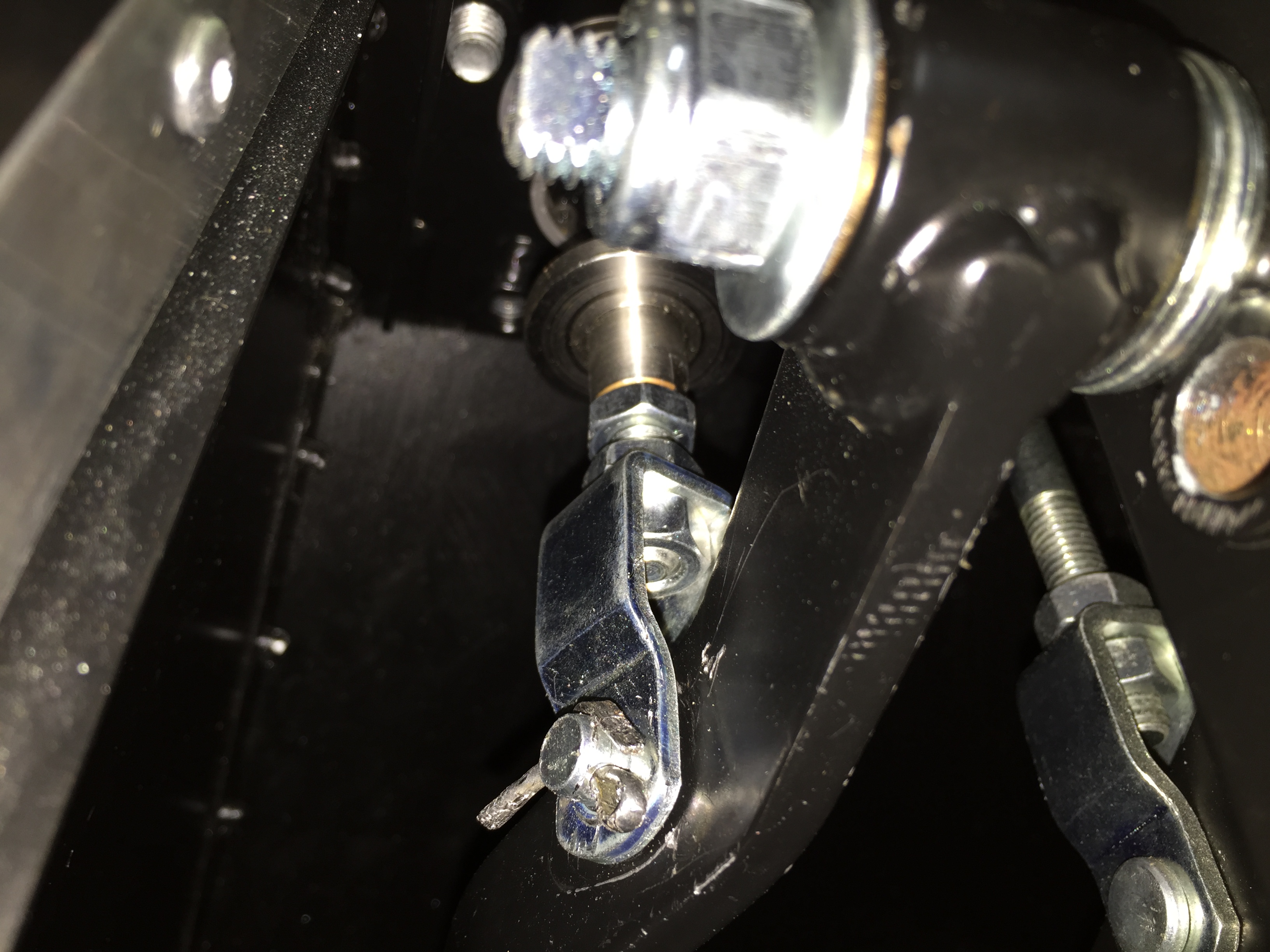 Lastly, I’m having problems with hitting the gas when I mean to hit the brake. The brake and the gas are so close together I almost have to drive barefoot (I did, it’s much easier without shoes). To that end I bought a new pair of driving shoes; Piloti Prototipo. However, even with those the pedals are still too close for my feet and they aren’t that big – US size 9. As a result, I also ordered a pair of Nike Davinho’s which are very narrow indoor soccer shoes with a thin rubber sole. Will see how they work next time I go out.