A couple bonehead things have happened during the build, each easily preventable. Documenting so others can learn from my mistakes.

First, when we picked up the car to adjust it slightly on the stands before putting the engine in, since the engine hoist wouldn’t clear the ceiling support in the garage, we jacked up the back end then used it as a pivot. The DeDion wasn’t torqued in all the way and it stressed the frame just enough to rumple the rear aluminum. Maybe it will straighten back out when we get it on the ground… I hope. 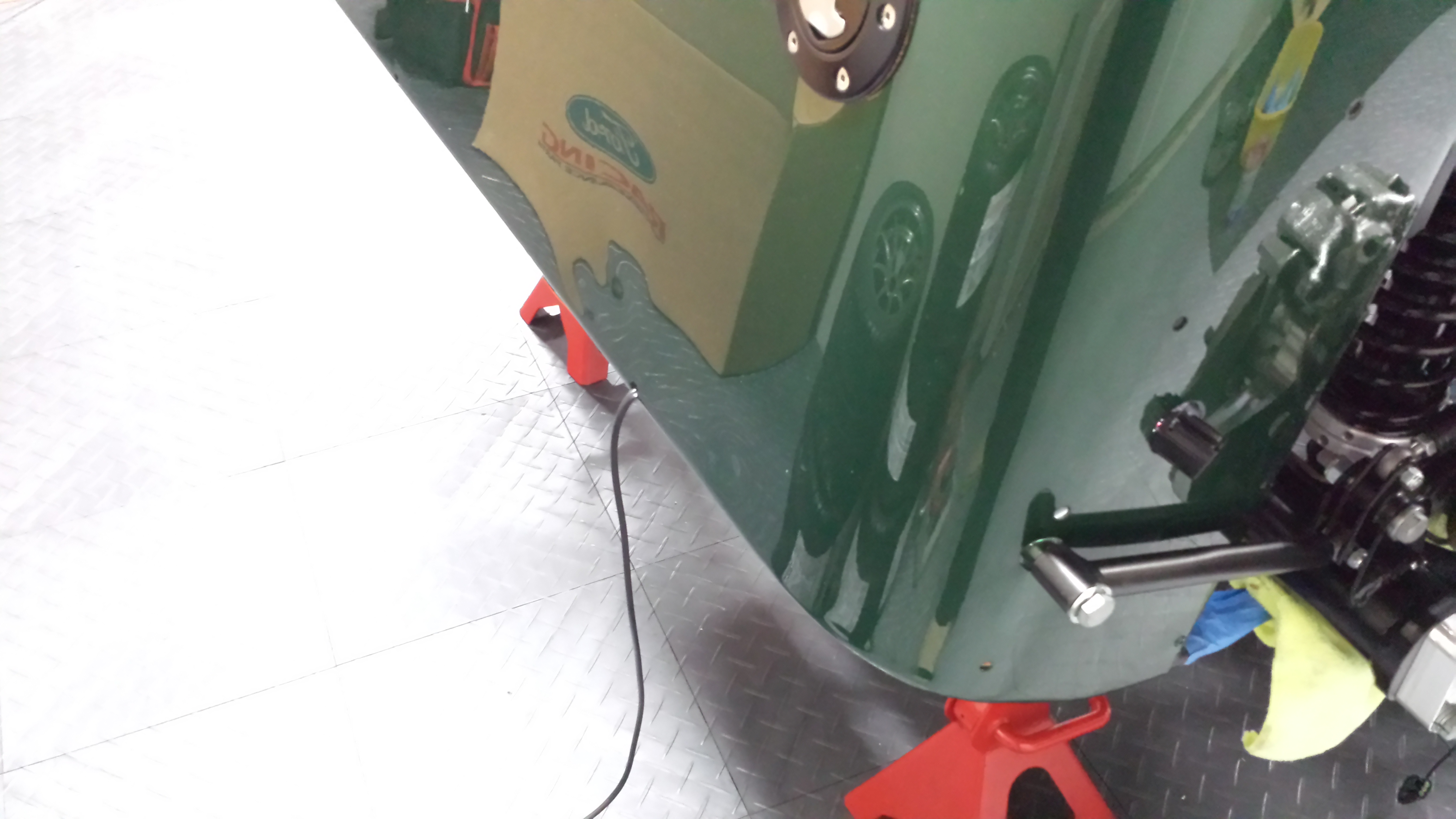 Second, I was dumb. I sat the cam cover on the side of the engine bay while we were aligning to TDC, I bumped into it, and it slid down the car. The scratch looks way worse in person. Hopefully some touch-up paint will cure it, but I’m also missing that from Caterham. I’ve asked Derek for some to be sent my way.