I’ve got answers. Maybe not all of them, but I’ve got some and that’s enough to keep moving. In no particular order:

First up was to attach the J hose to the submarine and temp sender. Easily accomplished. Measurements were made just by laying the hoses out and cutting as necessary. The Caterham manual specifies lengths for each piece but at this point I just don’t trust it; I’ll make each on the fly as I go working from one end to the other.

From there I used the L hose to go to the heater switch and cut to the appropriate length. Then from there to the heater, back from the heater to the switch, then finally a long piece of hose to get down to the T piece. From the T piece, I attached one run to the water outlet on the engine, and another piece of hose to the expansion bottle which was only loosely mounted to the cruciform. The pics below describe it much better than words do.

One odd thing I noticed is the direction of my inlet and outlet on the expansion bottle is angled differently than in other blog posts. Maybe this is a new model or something, not sure, but seems to fit ok although I did rotate the mounting bracket by about 120 degrees. 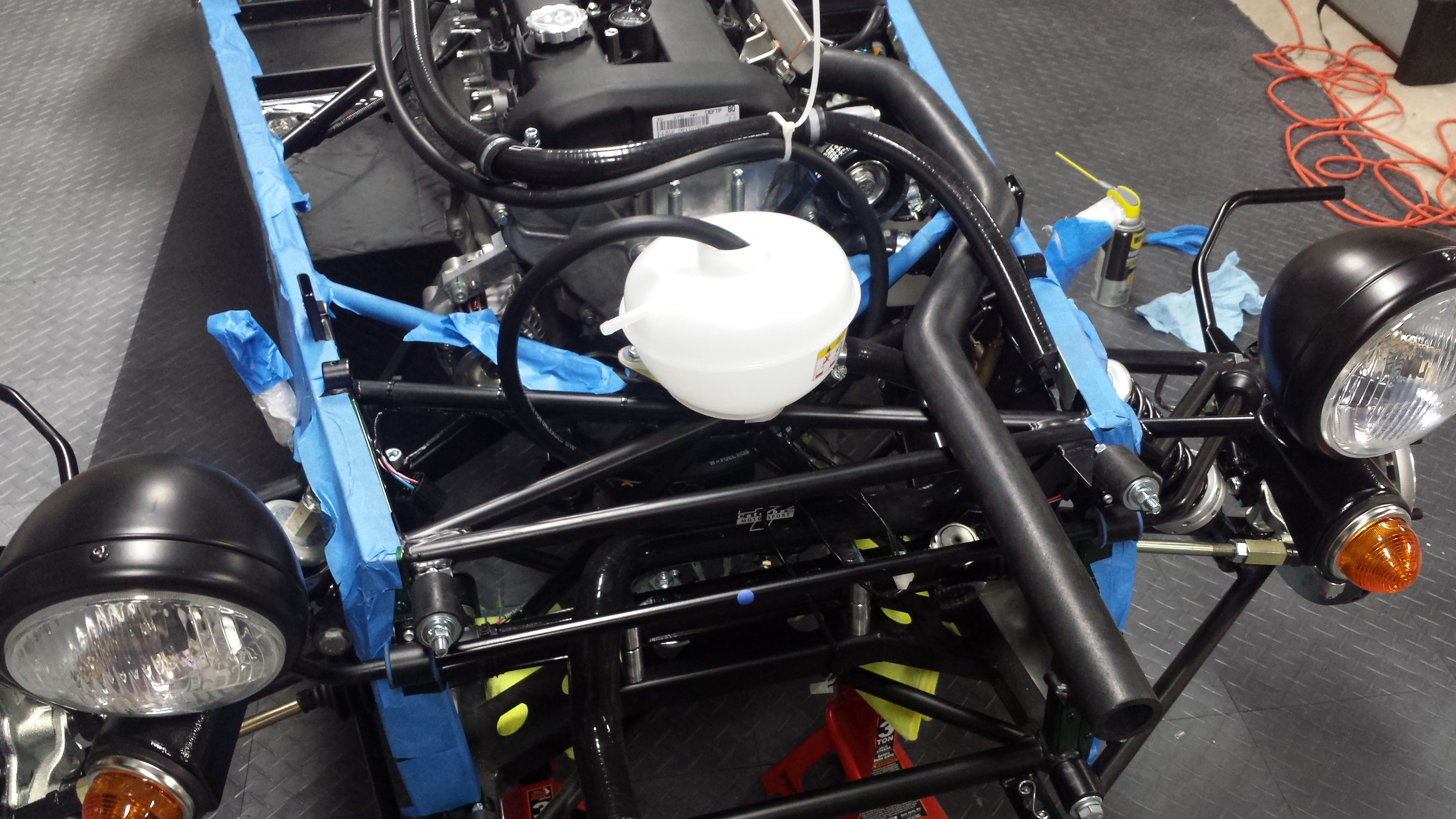 That damn water bottle is indeed in the way; par for the course with everything on that side of the engine. Route over, under, just remove it? No idea but will need to figure it out before going too much further. 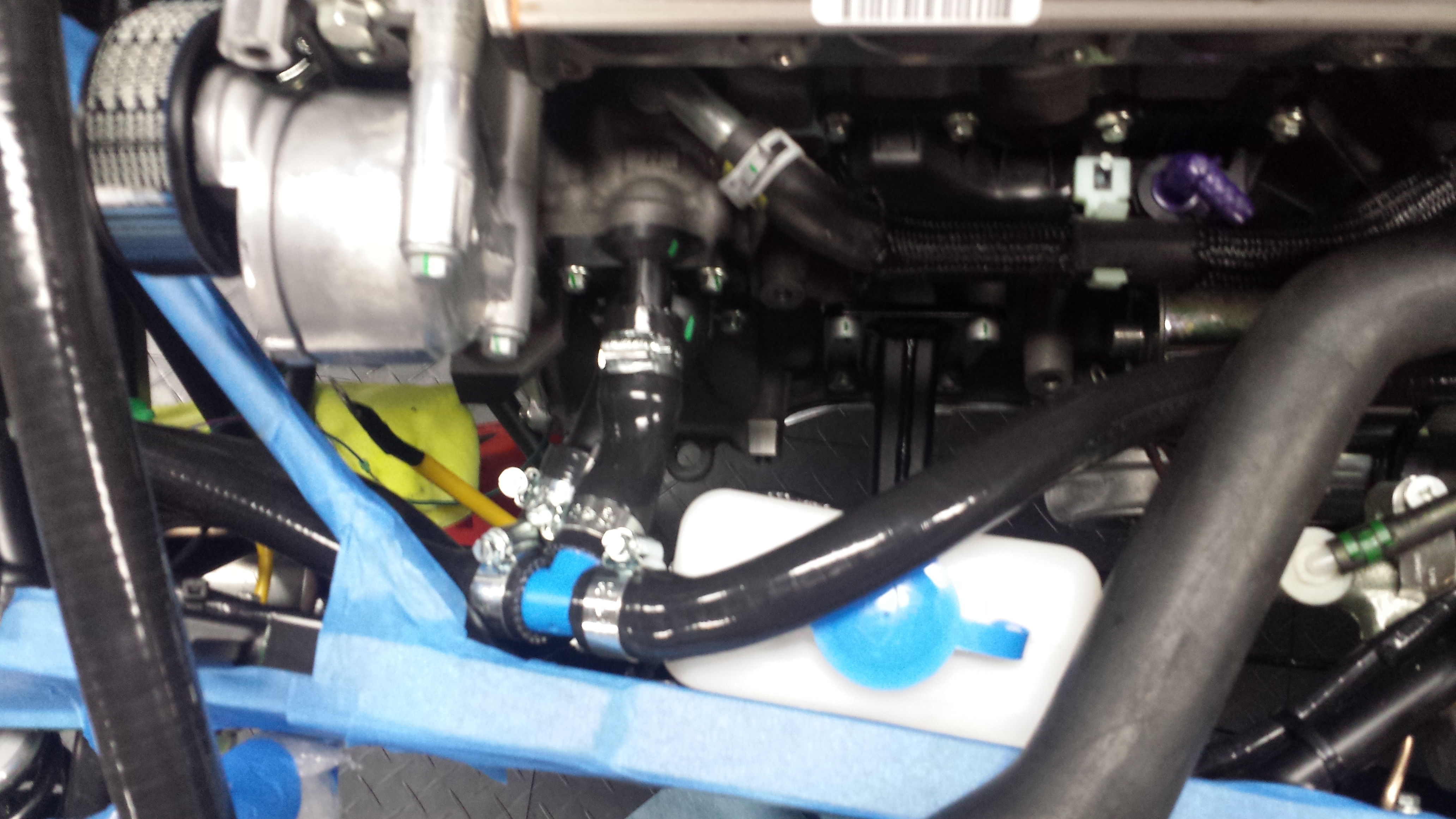 Shot of the right hand side. Tom’s diagram brings the small 5/16″ hose under the left side and along the large top radiator hose but with the left side so cluttered I ran along the oil breather hose on the top and down under the cruciform. Seems to be ok there so zip tied it temporarily while I sort out the left side.

At that point I stopped for the night – something was smelling quite good in the slow cooker and I’d made a fair bit of progress.