I didn’t have a whole lot of time today so set about getting the rear suspension started. As I was starting the radius arms and Watts links Kim came down and snapped a picture of me. Having the TV hooked up to the computer is both good and bad – I can blow up diagrams and instructions if I need to, but also distract myself with Band of Brothers streamed from Amazon Prime fairly regularly. 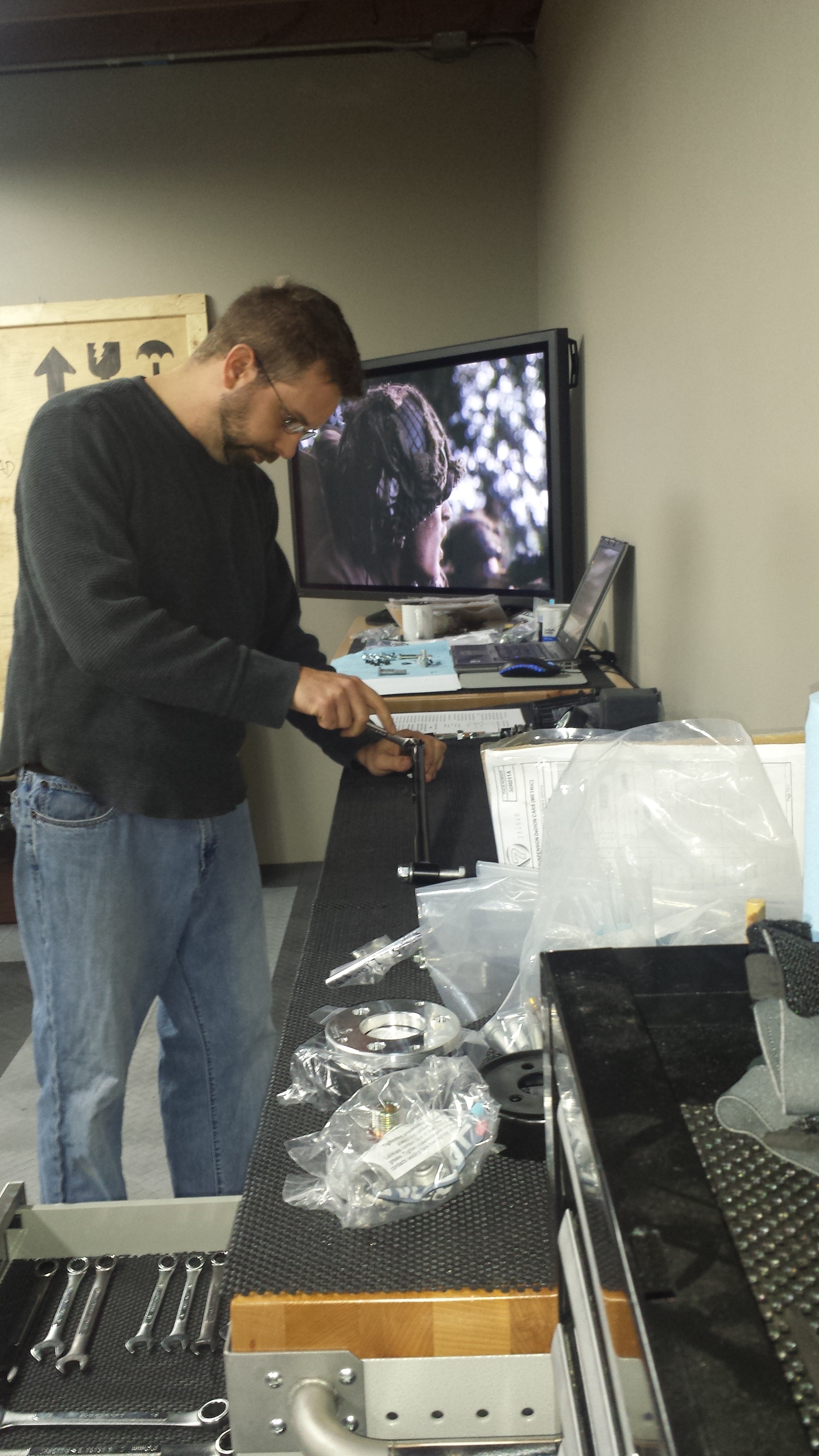 Since Kim was around, I switched off to the drive shafts and De-Dion tube. I climbed underneath the car and had her pass the DeDion to me from the right side. I also wrapped the chassis tubes with some rags to protect the paint; good thing I did. Then inserted the drive shafts; right and left sides.

The drive shafts slotted in with no trouble, but noticed a 5mm or so gap between what I thought was the seal and the shaft. This seemed odd to me so gave it a wallop with the rubber mallet a couple times. They didn’t budge and seemed like they were in ok. Off to the computer to research other build blogs.

Having solved the drive shaft mystery (yes, its normal for a gap to be there based on the other build blogs) I went ahead and started on the oil pan.

The oil pan is interesting. First of all, it’s a Raceline oil pan made for Caterham that’s thick and heavy enough to withstand a nuclear blast. Second, there’s no instructions on how to assemble it. Thankfully, Dave had put together a good overview on his blog and the steps to do so are pretty straight forward. In the event his blog ever disappears, I’m recreating the step-by-step here with some pictures.

With the oil pan loosely assembled I called it quits for the day. I got where I needed to and was pressed for time anyway.