Jimmy had a few hours to spare so he popped over for a bit and we figured we’d take a go at the DeDion tube and getting it prepped. Prior to that though, since I had an extra set of hands, I thought we’d take a go at finishing up the front suspension and the left upright.

Starting out things went quite quick. Having done the right side before I knew what went where and in a few minutes we had the left upright on with the caliper and wing stay. And that’s where things went off the rails. As we attached the steering rack we noticed it wouldn’t quite line up. So we pulled on it, and pulled on it, and finally got the upright to attach but when we looked at the front of the car it was apparent something was wrong. Both brake calipers and discs, and thereby the wheels should they had been on the car, were toe in at 45 degrees!! We both scratched our a head a bit, ran through the manual again, and then deduced we’d done everything right. WTF?

Taking a step back we looked at it and realized it appeared the steering rack was too short. Knowing I had a wide-track suspension I wondered if maybe there was a special rack I didn’t get? We hopped on the Caterham website, looked up the parts, and sure enough I’ve got the wrong steering rack. We were effectively stopped at that point – would have to e-mail Caterham on Monday to send the right one. Knowing a new rack was needed we took out the rack that was in there, which involved loosening up all the suspension bits I’d already put on the right side because the steering shaft nub wouldn’t go out the hole in the chassis. With some finagling we got it out without scratching anything but it was a tight fit – now I know why they say attach the rack first in the manual. I used a zip tie to secure the left upright in the meantime – it kept wanting to spin back against the body. 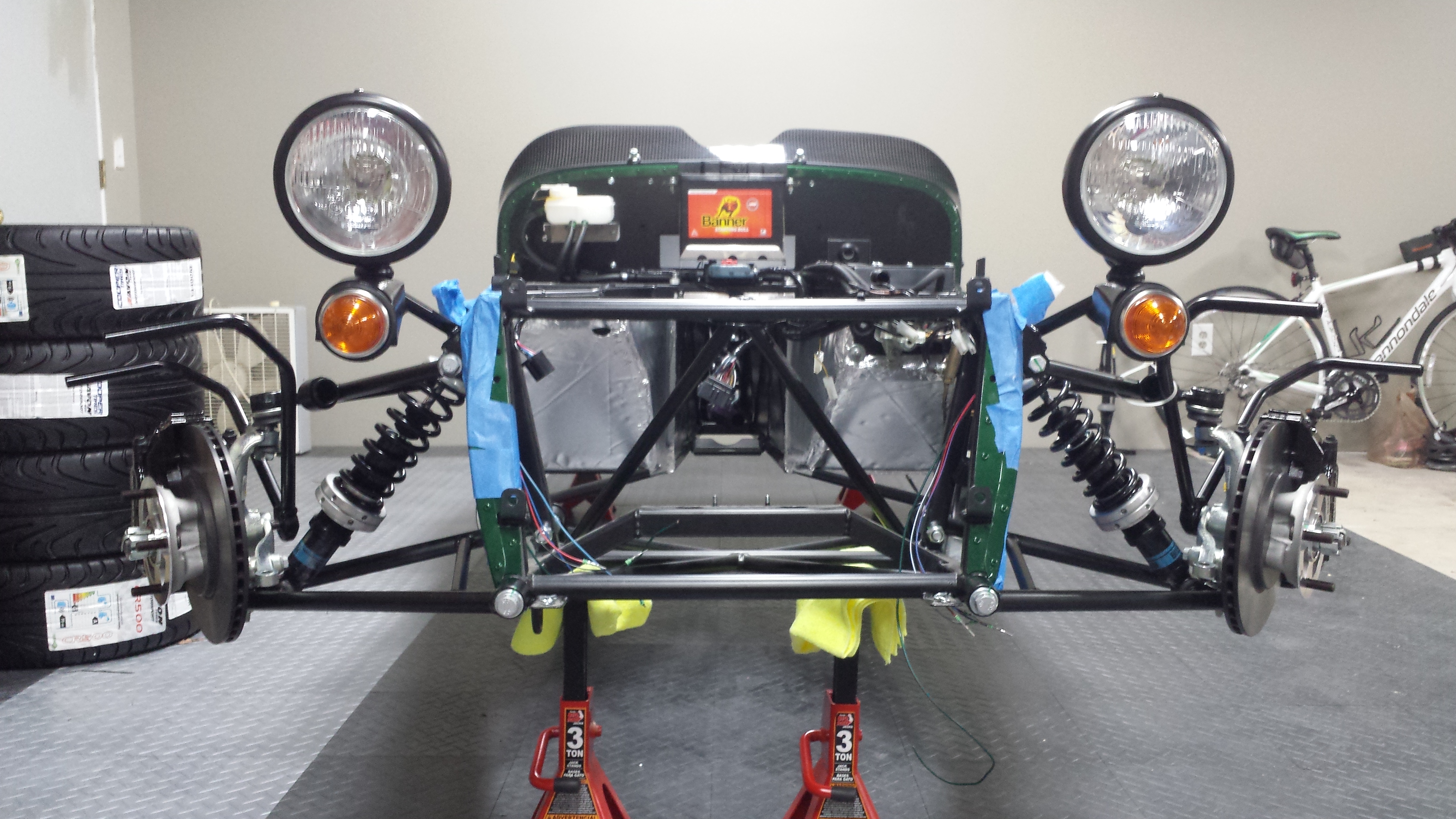 Next up was the DeDion tube. This went together pretty easily on the bench. The manual (surprisingly) does a decent job of explaining everything and the schematics in the manual were right on. After a quick pic Jimmy had to leave and I went off in search of a beer and a nap.